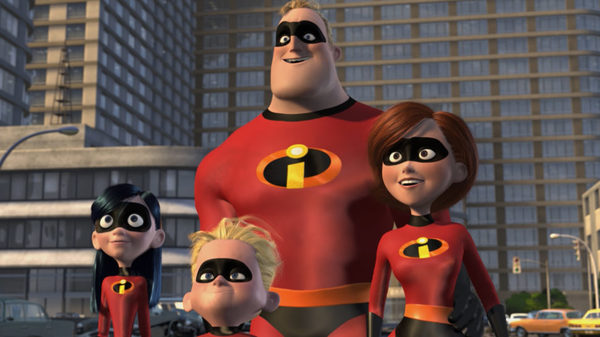 There was no doubt that Incredibles 2 was going to be a box office hit. In just a single weekend, Incredibles 2 made an incredible collection of $180 million, which makes it the most successful animated film opening of all time, an honor that was previously held by another Pixar film, Finding Dory (which made $135 million in 2016). Here are the top 5 moments from The Incredible that will tell show you why it's one of the greatest animated movie ever made.

This pre documentary style intro scene is definitely a fun way to start the movie.

Who can forget this epic hilarious super-suit scene from the movie, especially when it's dubbed by Samuel L. Jackson.

The chase scene where Dash and Violet are running through the jungle from a ball and Dash finds out that he can run on water. Typical superhero origin scene.

Ah, the great famous scene of Edna.. where she explains why a superhero suit shouldn't have capes.

1.  The Incredibles & Frozone vs Robot

And finally 'The Incredible' fighting scene at the climax.