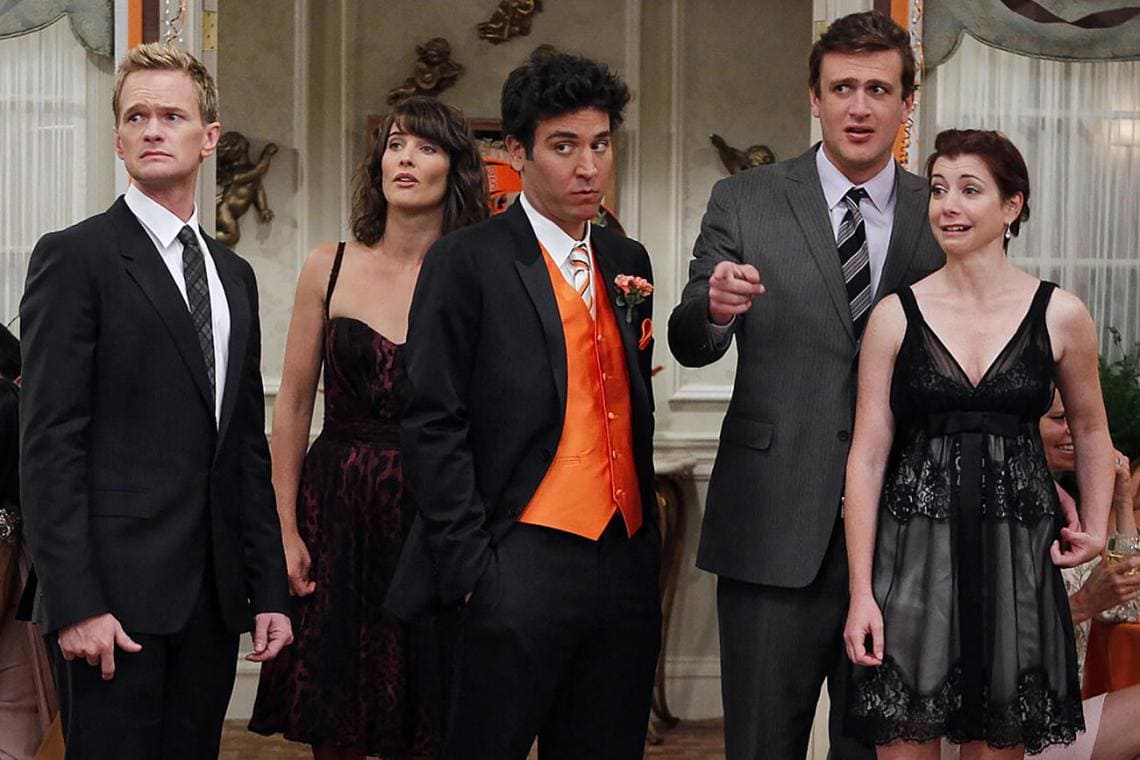 How I Met Your Mother, is a show that doesn't just makes you laugh but also teaches some important life lessons.  Here are some of the best HIMYM quotes that can guide you and teach you some lessons about love and life:

"That’s how it goes kids. The friends, neighbors, drinking buddies, and partners in crime you love so much when you’re young, as the years go by, you just lose touch. You will be shocked, kids, when you discover how easy it is in life to part ways with people forever. That’s why, when you find someone you want to keep around, you do something about it." — Ted, Season 9: Gary Blauman

"The future is scary, but you can't just keep running back to the past because it's familiar." — Robin, Season 6: Challenge Accepted

"Whenever I'm sad, I stop being sad and be awesome instead." — Barney, Season 2:  Where Were We?

"Because sometimes even if you know how something's going to end, that doesn't mean you can't enjoy the ride." — Ted,  Season 2: Monday Night Football

"Revenge fantasies never work out the way you want." — Marshall, Season 8: The Final Page: Part one

"I used to be in such a hurry all the time. Everything was so urgent. Now I figured, if it's going to happen it'll happen when it happens. I'm not going anywhere, she's not going anywhere. What's the rush, right?" — Ted, Season 9: Platonish

"You may think your only choices are to swallow your anger or throw it in someone’s face, but there’s a third option: You can just let it go, and only when you do that is it really gone and you can move forward" — Ted, Season 4: Happily Ever After

"If you keep giving up on people so quickly, you’re gonna miss out on something great." — Robin, Season 1: The Duel

"If you’re looking for the word that means caring about someone beyond all rationality and wanting them to have everything they want no matter how much it destroys you, it’s love. And when you love someone you just, you…you don’t stop, ever." — Ted, Season 9: Sunrise

"I realized that I’m searching, searching for what I really want in life. And you know what? I have absolutely no idea what that is." — Barney, Season 8: Lobster Crawl

"Being in a couple is hard. And committing, making sacrifices it’s hard. But if it’s the right person, it’s easy. Looking at that girl, and knowing she all you really want out of life, that should be the easiest thing in the world. And if it’s not like that, then she’s not the one." — Marshall, Season 1: The Wedding

"But love doesn’t make sense! You can’t logic your way into or out of it. Love is totally nonsensical. But we have to keep doing it or else we’re lost and love is dead, and humanity should just pack it in. Because love is the best thing we do." — Ted, Season 5: The End of the Aisle

"The littlest thing can cause a ripple effect that changes your life." — Ted, Season 2: Lucky Penny

"That’s life, you know, we never end up where you thought you wanted to be." — Marshall, Season 3: The Goat

"Look, you can’t design your life like a building. It doesn’t work that way. You just have to live it, and it’ll design itself." — Lily, Season 4: The Leap

"Somewhere along the line, I forgot to pursue my dream, and now I’m old, and I’m a mom, and it’s just too late for me." — Lily, Season 8: The Ashtray

"Why am I constantly looking for reasons not to be happy?"  — Robin, Season 7: Field Trip

"It’s like Descartes says, “In order to determine whether we can know anything with certainty, we first have to doubt everything we know." — Ted, Season 3: How I Met Everyone Else

"Sometimes we search for one thing but discover another." — Barney, Season 3: The Bracket

"Oh, my God, look at you cowards! So afraid of any kind of change. So terrified of anything new. So-so desperate to cling to anything comfortable and familiar." — Robin, Season 4: Intervention

"You can’t just skip ahead to where you think your life should be." — Lily, Season 5: Home Wreckers

"A word of advice: Play along. The more you fight it, the worse it’s gonna get. It’s like when your car slides on ice, you steer into the skid." — Ted, Season 6: Bad News

"So really the biggest mistake would be not to make that mistake because then you’ll go your whole life not knowing if something was a mistake or not." — Lily, Season 1: Milk

"Whatever you do in this life, it is not legendary unless your friends are there to see it." — Barney, Season 9: Sunrise

"We spend so much effort trying to keep parts of our lives hidden, even from our closest friends, that in those rare times when we do open up, it's amazing how minor those secrets all end up being." — Ted, Season 1: Game Night

"I never wanted that... Of course, it's one thing not to want something; it's another to be told you can't have it. I guess it's just nice knowing that you could someday do it if you change your mind. But now, all of a sudden, that door is closed." — Robin, Season 7: Symphony of Illumination