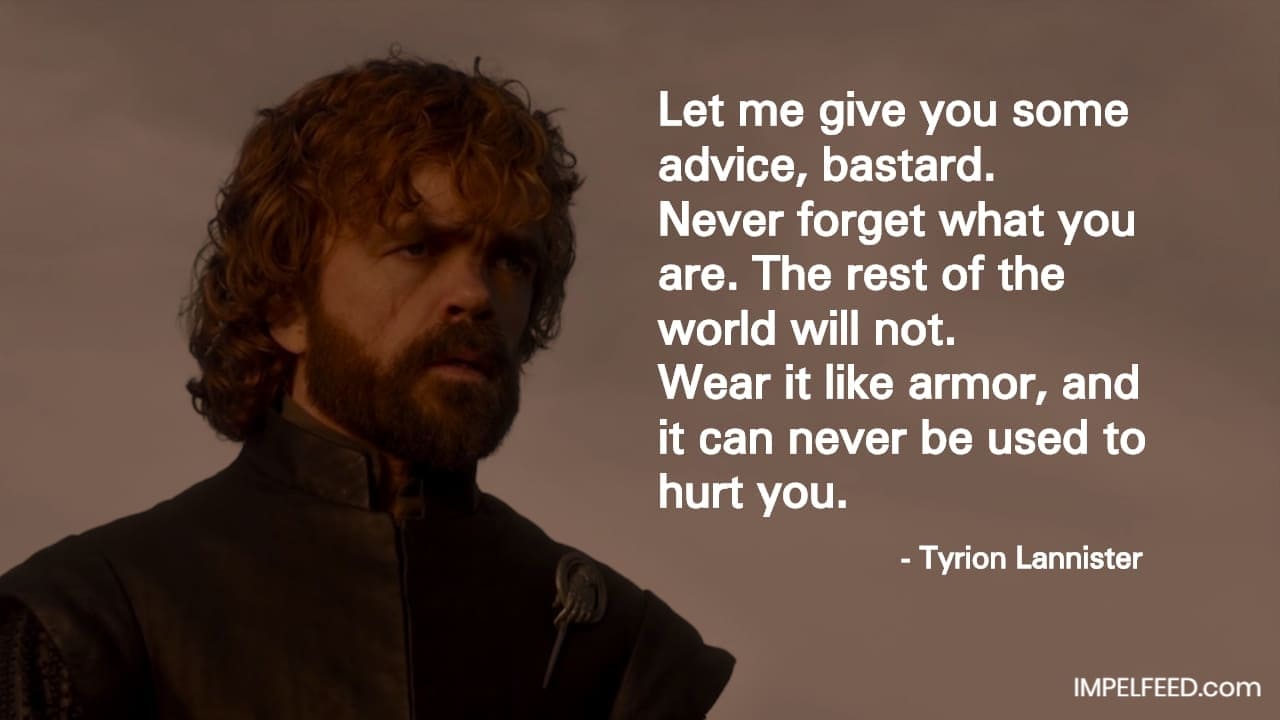 The past seven seasons of Game Of Thrones have been filled with amazing, intense and badass moments. We all know sayings like 'Winter is coming' and 'a Lannister always pays his debts' but the show has many stand-out lines.

Here are the 20 most badass quotes and moments in Game Of Thrones:

"But I'm your woman now, Jon Snow. You're going to be loyal to your woman. The Night's Watch don't care if you live or die. Mance Rayder don't care if I live or die. We're just soldiers in their armies, and there's plenty more to carry on if we go down. But it's you and me that matters to me and you. Don't ever betray me. Because I'll cut your pretty cock right off and wear it round me neck." — Ygritte, Game Of Thrones - Season 3, Episode 6 (The Climb) 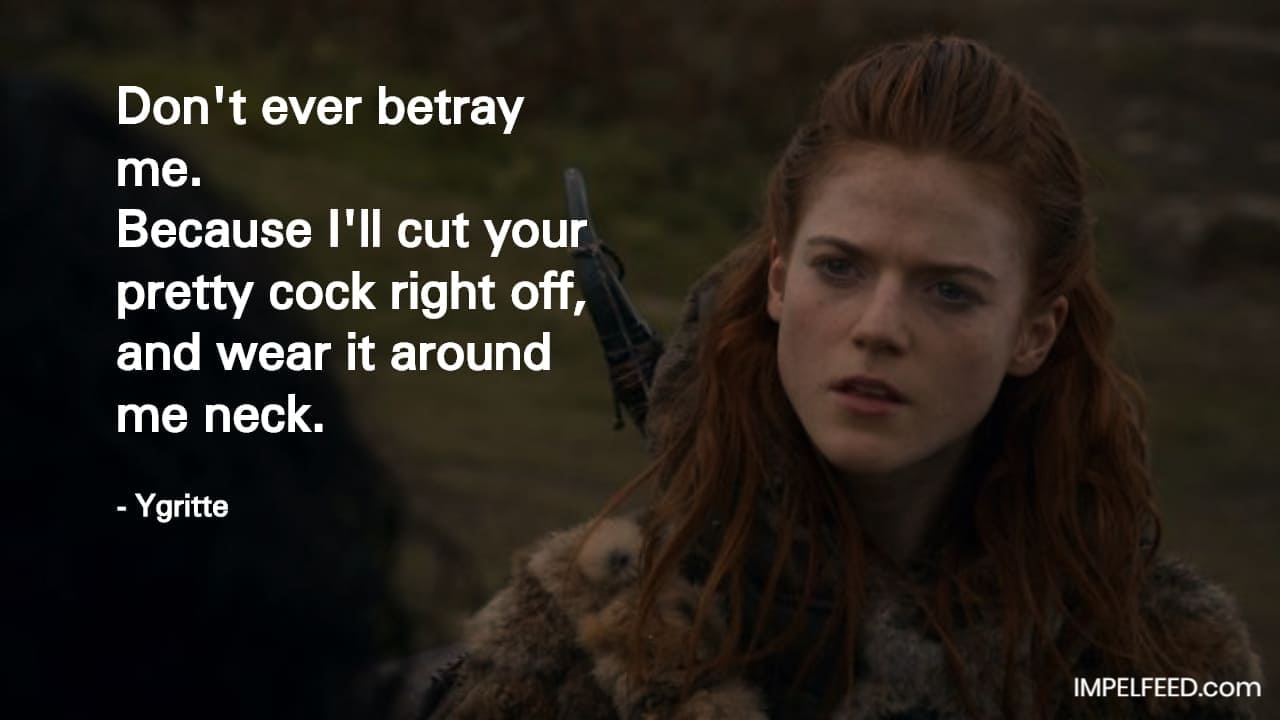 ">Chaos isn't a pit. Chaos is a ladder. Many who try to climb it fail and never get to try again. The fall breaks them. And some, are given a chance to climb. They refuse, they cling to the realm or the gods or love. Illusions. Only the ladder is real. The climb is all there is." — Petyr "Littlefinger" Baelish, Game Of Thrones - Season 3, Episode 6 (The Climb) 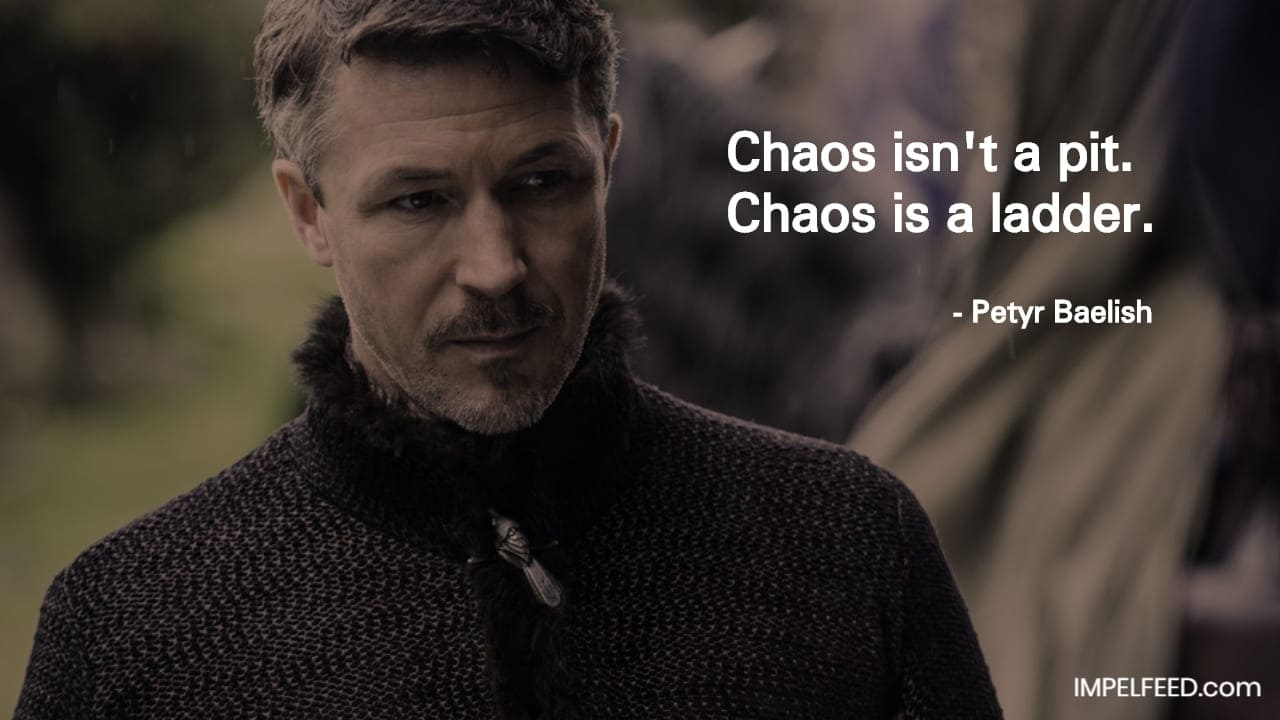 "I am a Khaleesi of the Dothraki! I am the wife of the great Khal and I carry his son inside me! The next time you raise a hand to me will be the last time you have hands." — Daenerys Targaryen, Game Of Thrones - Season 1, Episode 4 (Cripples, Bastards, and Broken Things) 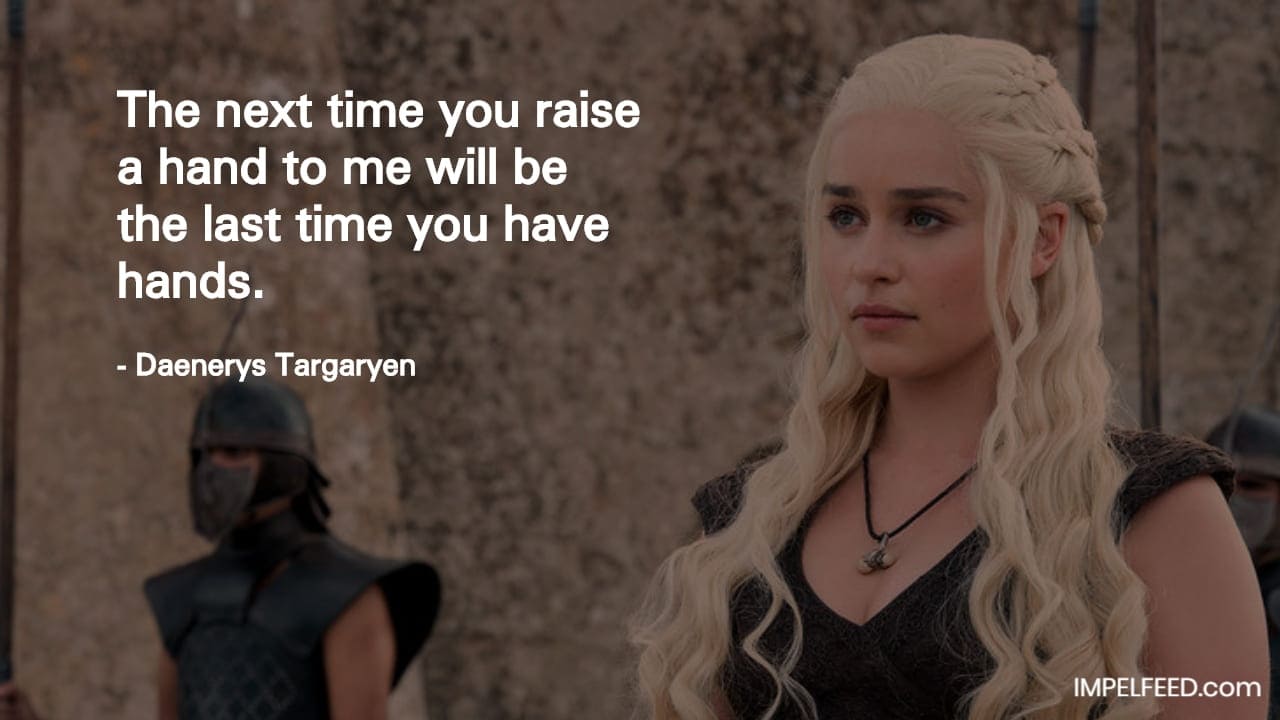 "Power resides where men believe it resides. It's a trick. A shadow on the wall. And a very small man can cast a very large shadow." — Lord Varys, Game Of Thrones - Season 2, Episode 3 (What Is Dead May Never Die) 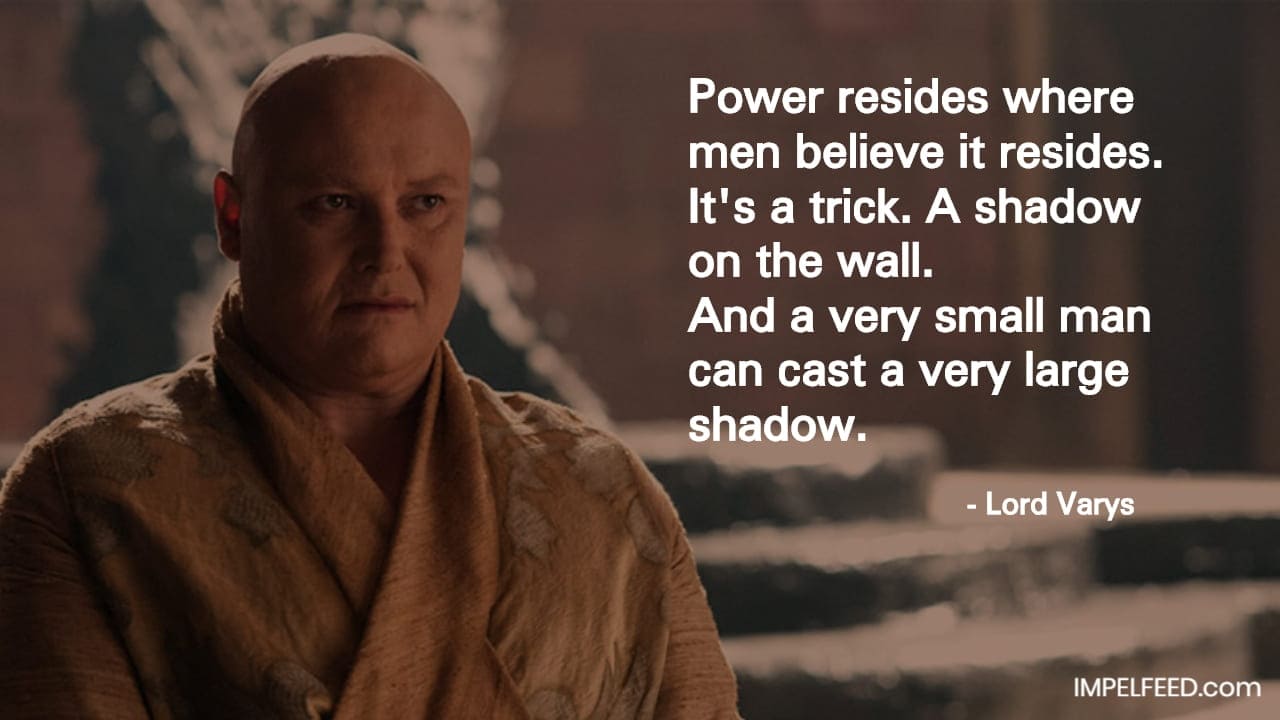 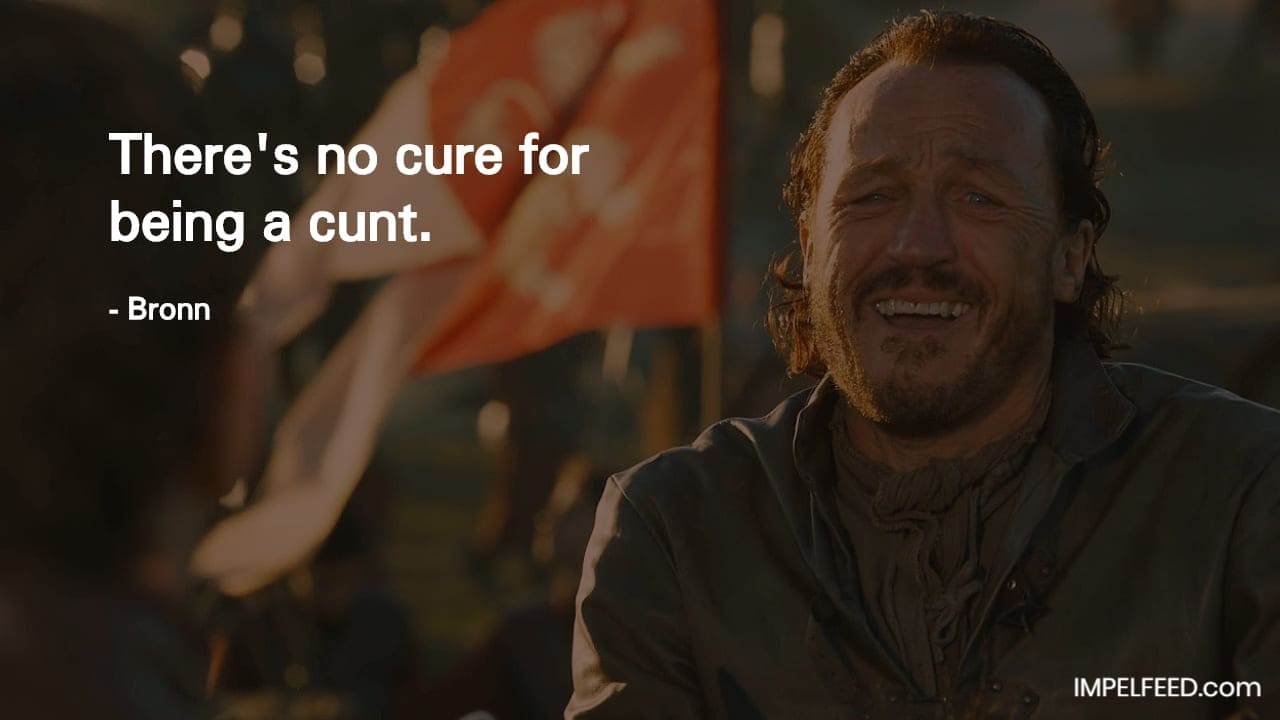 "When you play the game of thrones you win, or you die. There is no middle ground." — Cersei Lannister, Game Of Thrones - Season 1, Episode 7 (You Win or You Die) 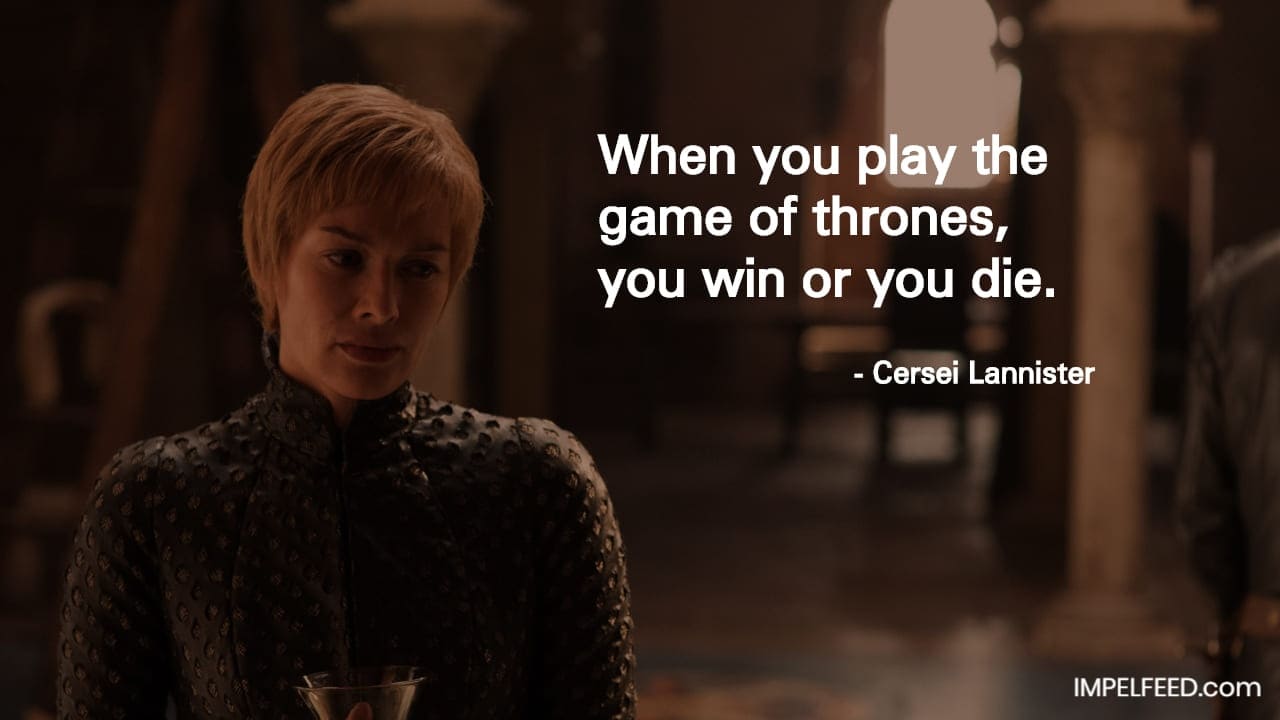 "Yes, yes. Cheer. Brave men, all of you. Butchered a woman pregnant with her baby. Cut the throat of a mother of five. Slaughtered your guests after inviting them into your home. But you didn't slaughter every one of the Starks. No, no. That was your mistake. You should have ripped them all out root and stem. Leave one wolf alive and the sheep are never safe. When people ask you what happened here tell them the North remembers. Tell them winter came for House Frey." — Arya Stark, Game Of Thrones - Season 7, Episode 1 (Dragonstone) 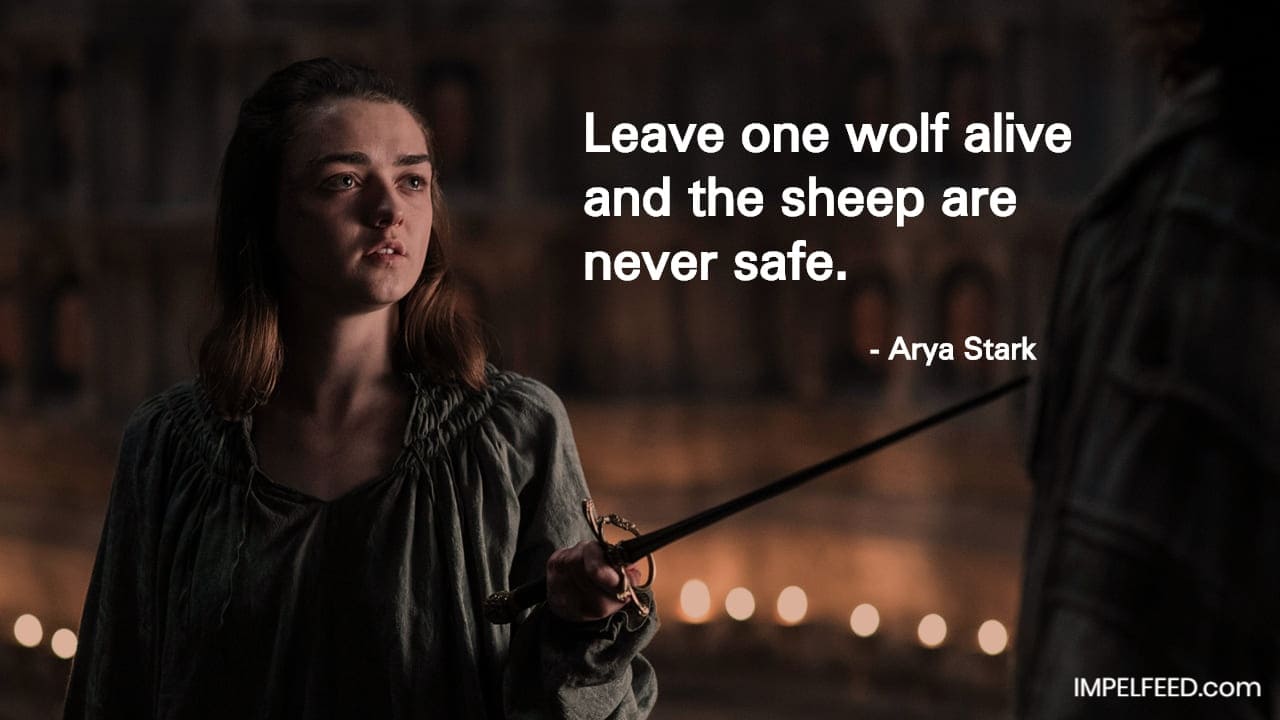 "I might be small, Lord Glover, and I might be a girl, but I am every bit as much a Northerner as you. I won't be knitting by the fire while men fight for me." — Lyanna Mormont, Game Of Thrones - Season 7, Episode 1 (Dragonstone) 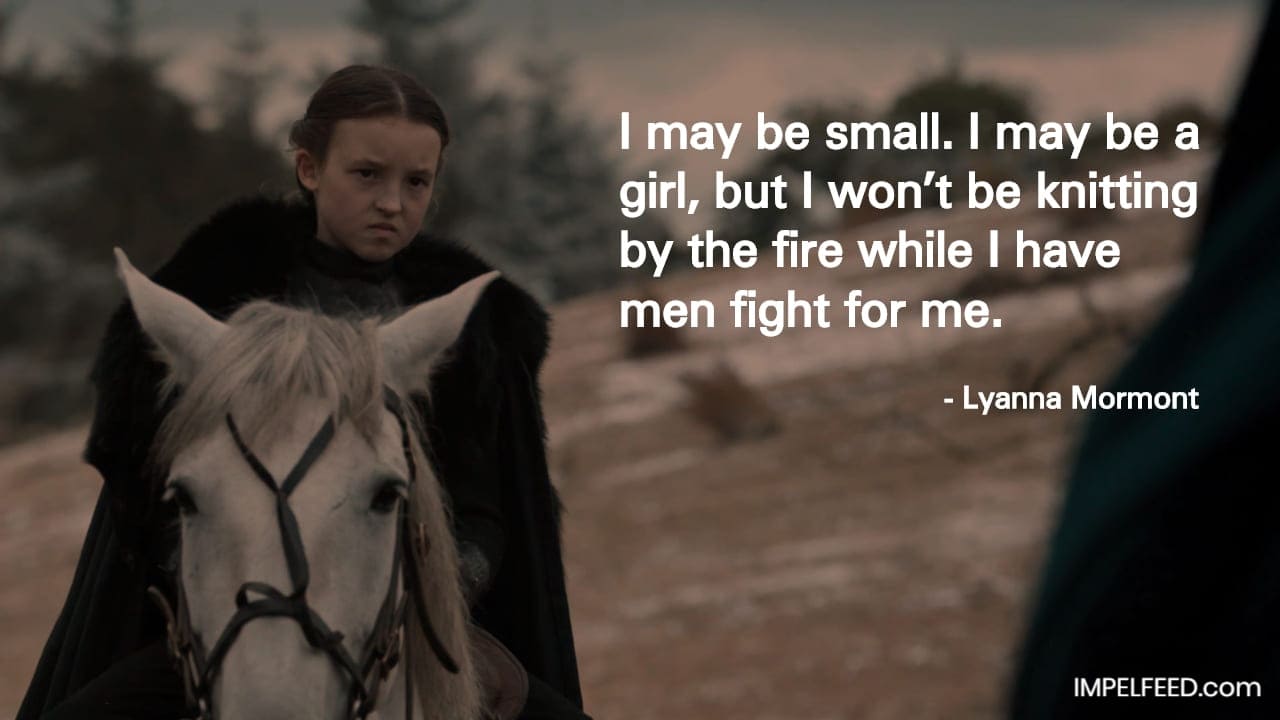 "Let me give you some advice, bastard. Never forget what you are, the rest of the world will not. Wear it like armor and it can never be used to hurt you." — Tyrion Lannister, Game Of Thrones - Season 1, Episode 1 (Winter Is Coming)

"I'd hate to die like your son. Clawing at my neck, foam, and bile spilling from my mouth. Eyes blood red, skin purple. Must've been horrible for you, as a Kingsguard, as a father. It was horrible enough for me, a shocking scene. Not at all what I intended. You see, I'd never seen the poison work before. Tell Cersei. I want her to know it was me." — Olenna Tyrell, Game Of Thrones - Season 7, Episode 3 (The Queen's Justice) 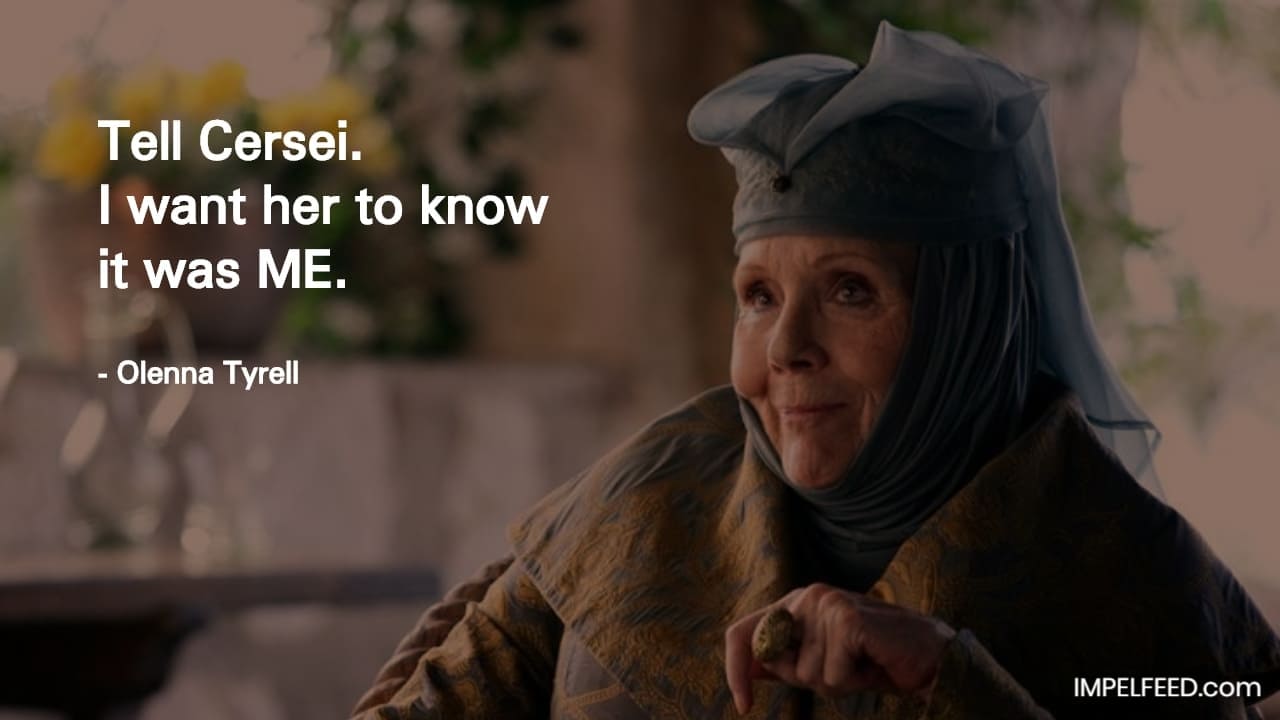 Part 1: The 20 Most Badass Quotes (and Moments) in Game Of Thrones: Part 1