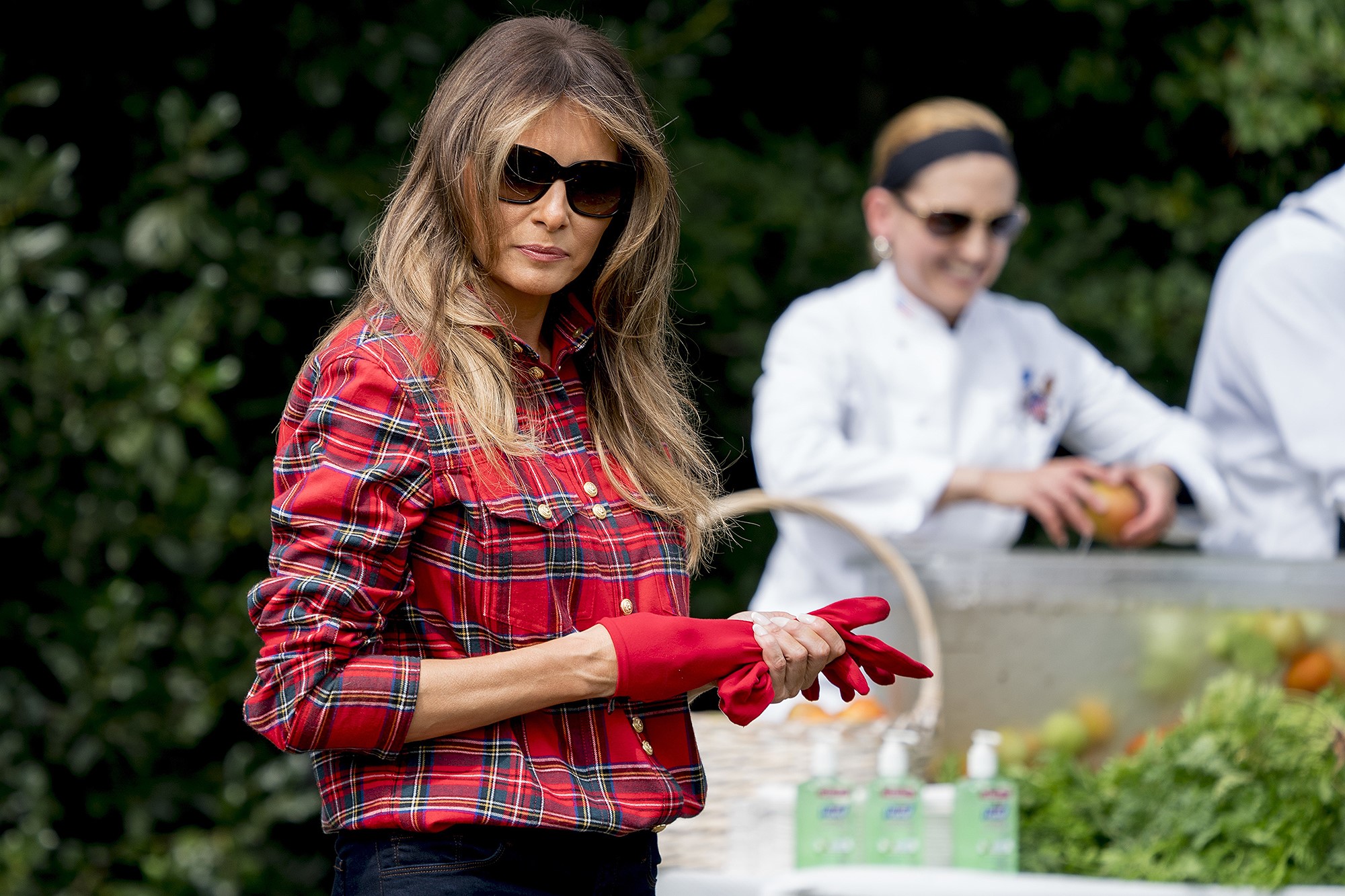 Unlike Michelle Obama and the other first ladies before her, Melania Trump seems to take a more passive role in the happenings of the White House. The former model is however not without a voice. It seems she chooses to make her statements through her outfits. She has decided to be seen, and not heard, but the message is still loud and clear for those who will pay attention to her dressing. Here are 15 things Melania Trump was trying to tell us with her outfits. Number 3 was a killer!

15. She is a no-nonsense woman 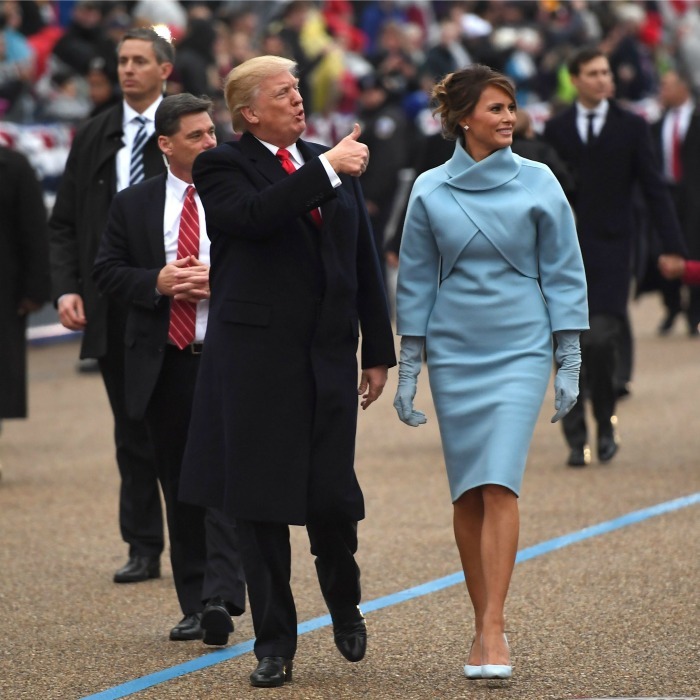 When the then future first lady came onto the public scene in 2004, her wardrobe was said to be filled with Levi’s jeans, Marc Jacobs sweaters, and lots of relaxed, casual wear. This is quite a stark contrast to the Melania we know now. On inauguration day, she wore a shawl collar-esque, powder-blue skirt suit by Ralph Lauren, with matching tonal gloves and high heels to complete the look. This outfit set the mood for the no-nonsense style that would characterise her later outfits.

14. She doesn’t care about wearing American 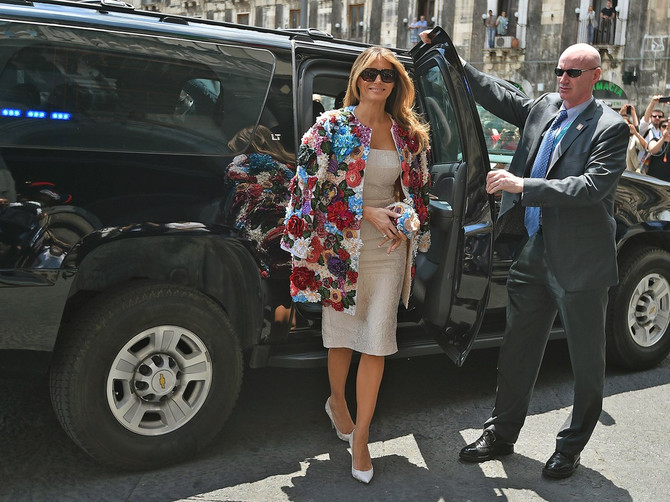 While her husband constantly preaches the ‘buy American’ message, Melania does not seem to be setting a good example for this. It seems to her, if an outfit is good and she likes it, she will go for it whether it’s from France, Italy, Portugal, or wherever. On most occasions, she has shown up wearing outfits by all sorts of foreign designers. 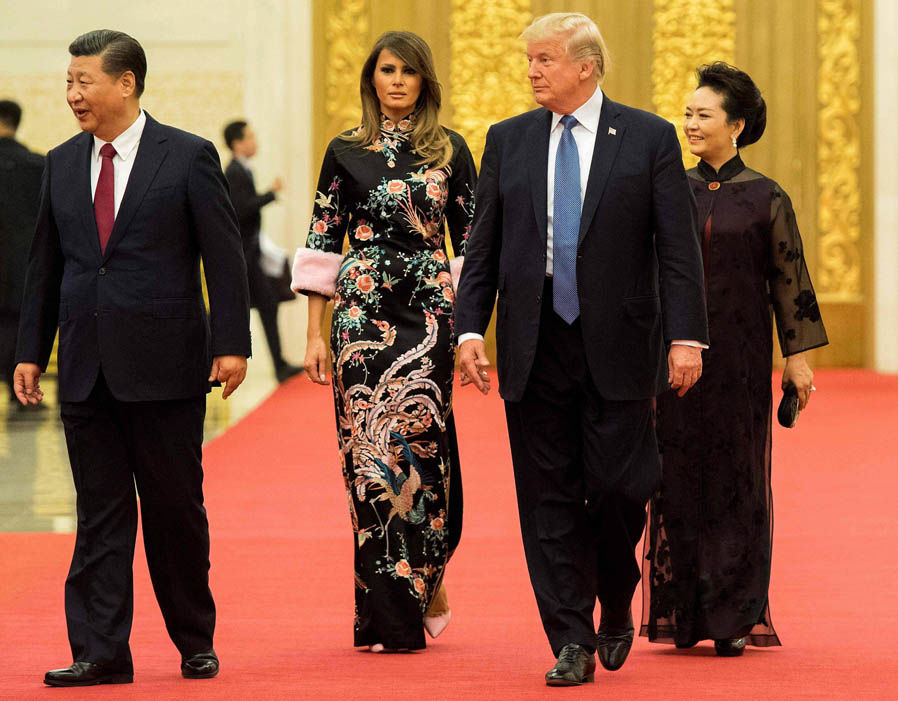 On a trip to China, Melania was seen sporting a floor-length Gucci gown. This is not a Chinese line but the first lady had some Asian-centric embroidery on the dress. When it came time to meet French president, Emmanuel Macron; Melania chose to wear French Dior. This could be seen as a message that she is willing to pay some respect to her host country’s culture.

12. She embodies a more old-fashioned idea of femininity 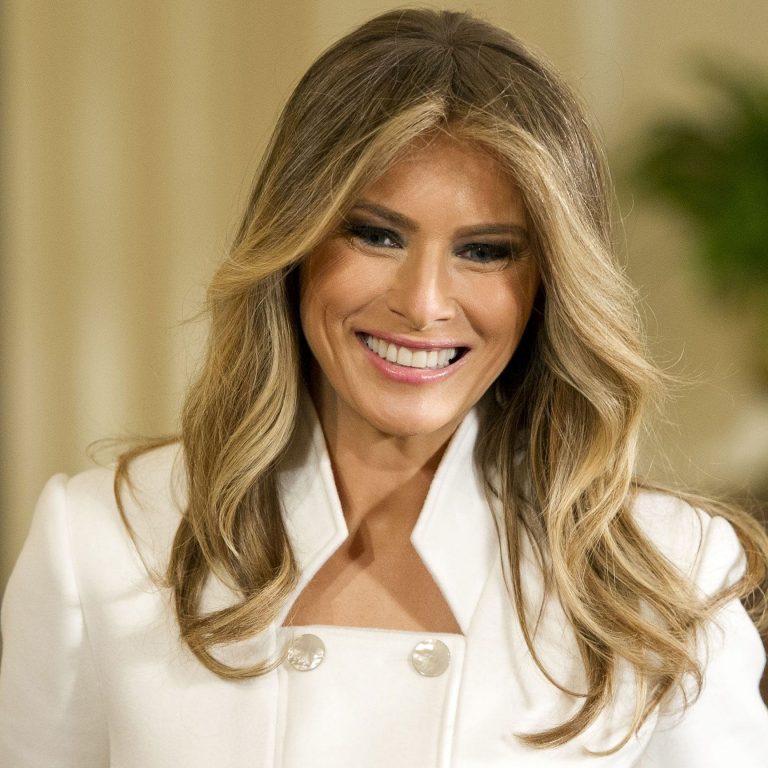 Melania is clearly a cultured and sophisticated woman who knows a fair deal about fashion. But, a cursory glance at her choice of outfits will reveal that she is not edgy and never wears anything that’s too experimental. She chooses to express a more traditional version of femininity in her dressing. This can be seen in the glossy, caramel-hued blowout and her towering high heels for almost all events.

11. She shows her support for women’s rights in her own way, the fashion way

When it came time for her first ever public speech to the US Mission to the United Nations, Melania sported a Delpozo coat along with some Manolo Blahnik high heels, all in hot pink. This was seen as a deliberate move since pink was much associated with the Women’s March that was going on around that time. It was her way of showing support for the cause.

10. She wants to be her authentic self, and won’t be swayed by whatever is expected of the first lady 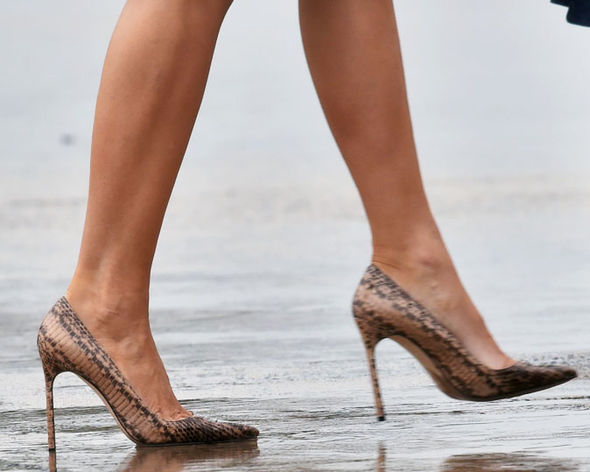 Melania constantly surprises her critics by dressing as she sees fit and not as the FLOTUS is expected to dress. One of the most regular features of her outfits are the sky-high stilettos. She has been plied with criticism over and over again, with commentators saying the high heels are not appropriate for any woman holding government office. But, at the end of the day, Melania will wear what Melania wants.

9. She is a straight-to-the-point kind of person 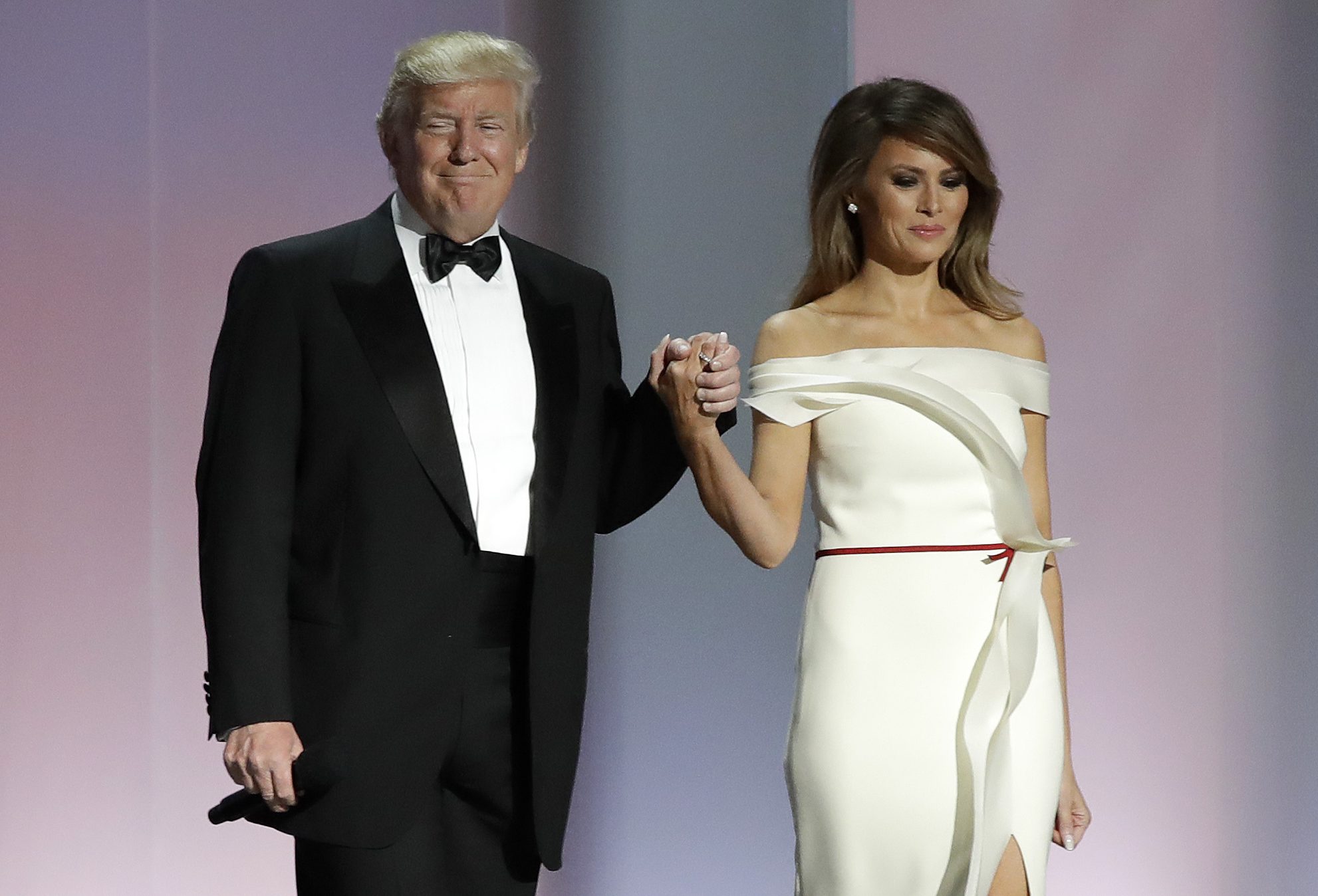 Melania’s outfit on her husband’s inaugural ball said she knows exactly what she wants. It was a slick, form-fitting, to-the-point dress that had fashionistas praising her. Commenting on the outfit, designer Herve Pierre he said, “When Melania came to me, she knew exactly what she wanted and was straightforward about it.”

8. She acknowledges her husband’s extravagant lifestyle and plays along 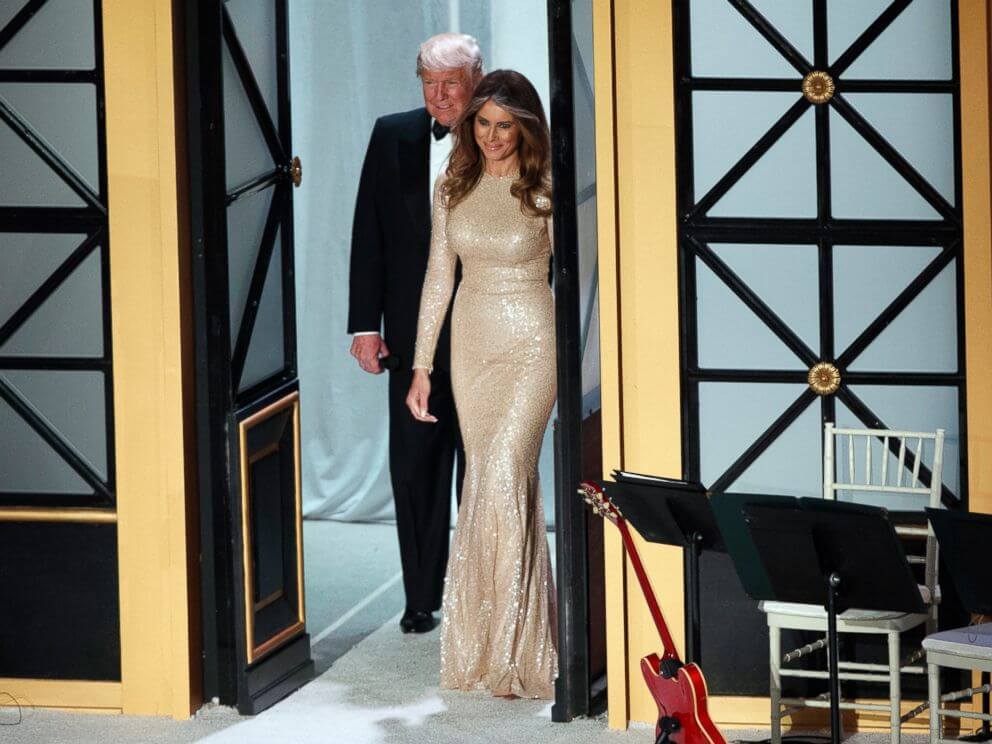 Donald Trump is known for his luxurious taste and his wife sometimes follows suit. During a dinner with Trump’s campaign sponsors, Melania stole all eyes with her glowing gold Reem Acra column grown. Critics saw this as a nod to her husband’s love for fine things.

7. She can be a fashion troll, too 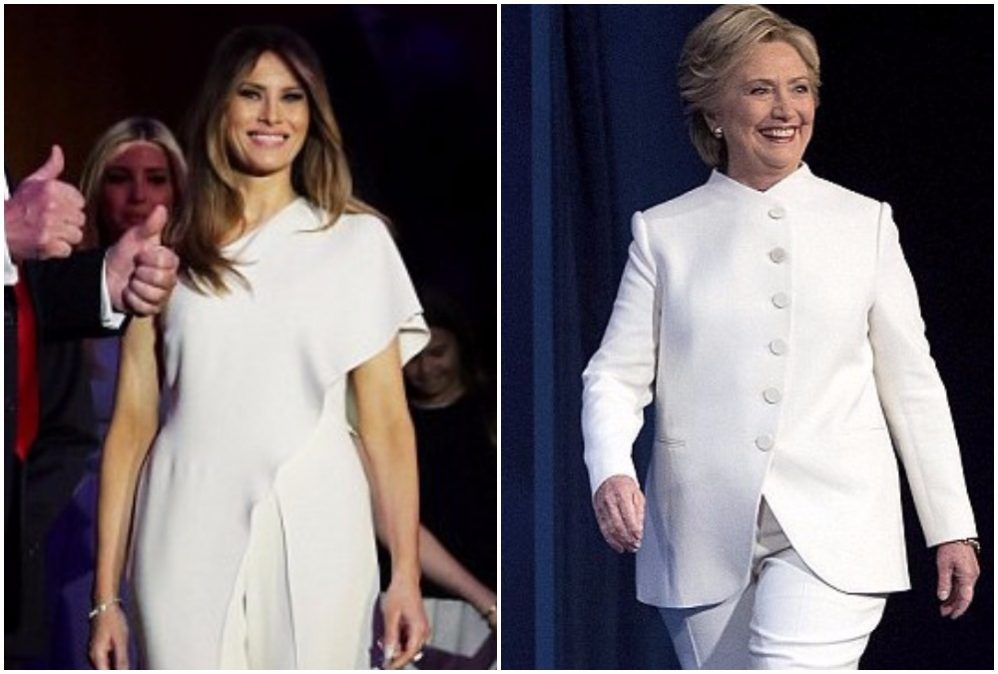 Melania showed us her trolling prowess the best way she knows how: through her outfit. During the lead up to the elections, Hilary repeatedly wore white trouser suits, making this her signature style. But Melania used this to take a dig at Hilary when during victory night, she wore a similar outfit by the same designer, Ralph Lauren.

6. She is a strong woman who will not bend to oppression 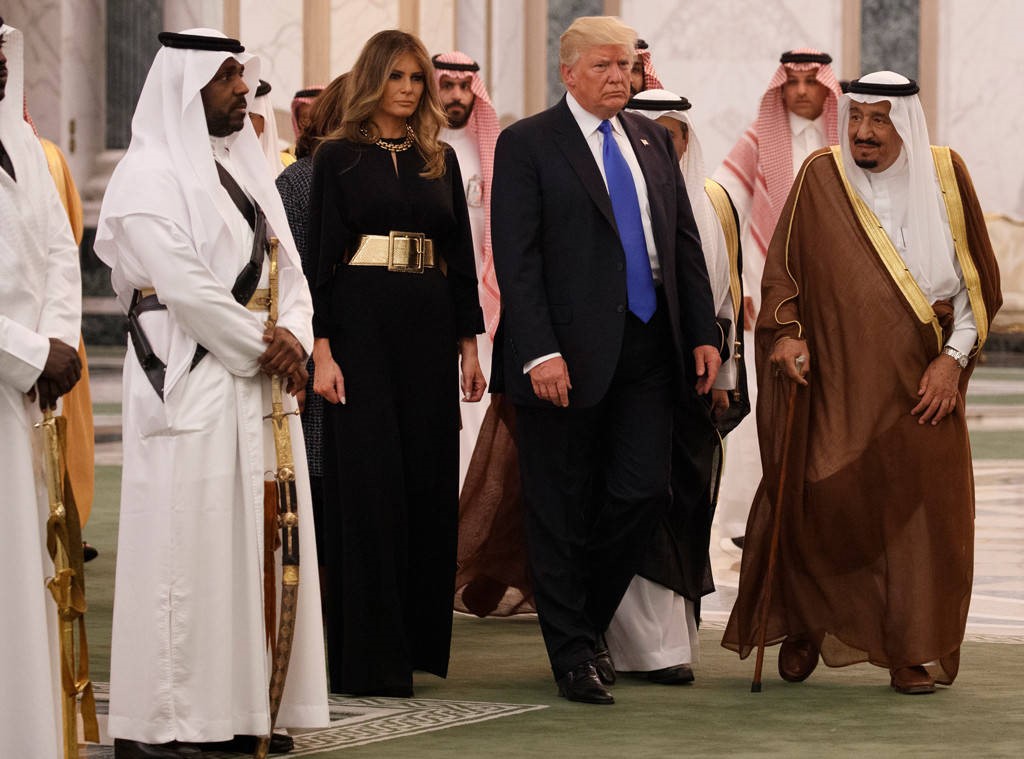 When Melania visited Saudi Arabia, she was seen in what was described as a modest outfit. However, she chose not to put on a headscarf, as all Saudi women are required to by law. This was seen to be a political statement, with Twitter commentators pointing out how other first ladies covered their heads when they visited the country.

5. She sometimes plays it safe by repeating outfits 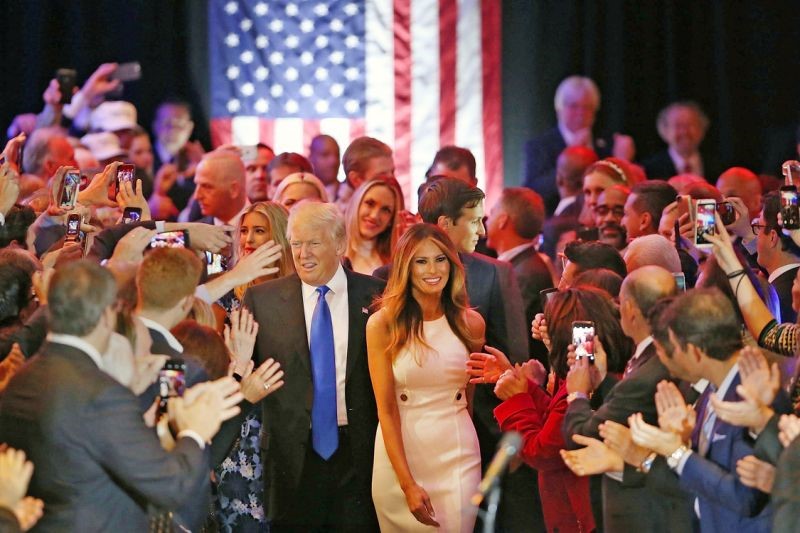 During a photoshoot with White House interns, Melania fell victim to the keen eyes of fashion observers. They spotted her in a white sleeveless dress by Michael Kor, an outfit she had worn again back in May 2016.

4. She is trying to relate to the average woman

The first lady has been toning things down, trying to wear more affordable outfits. A picture of hers in the White House vegetable garden emerged, showing her in a Balmain button-up. But these attempts at being down to earth usually backfire in the eyes of unforgiving critics.

3. She is making an effort to be in touch with everyone 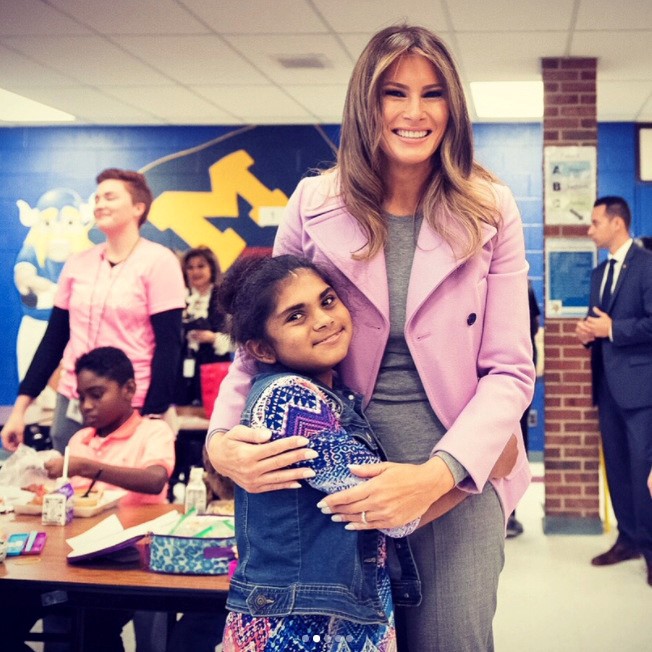 Although Melania definitely has a penchant for expensive outfits, she does try to be in touch with the average American. She has been seen wearing more affordable outfits in a bid to dodge the backlash she has so much generated with her luxurious taste. She knows that this is what her critics want of her, and she is trying to give it to them as much as possible.

2. She can use fashion to play politics 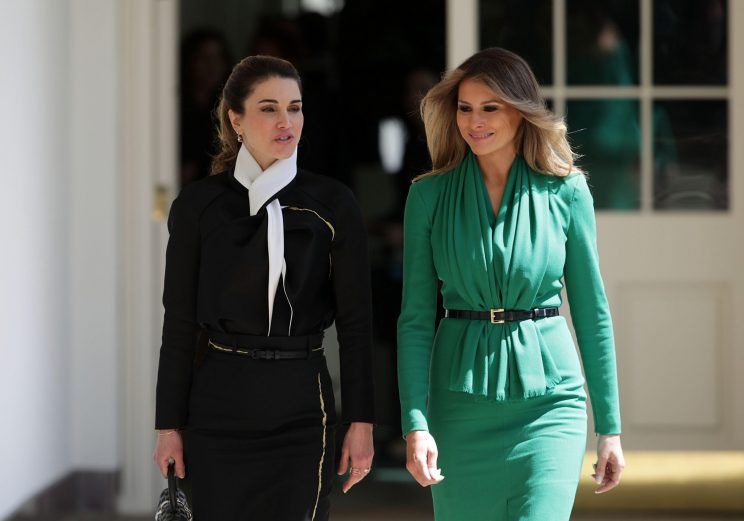 During a visit to the United Kingdom, Melania sported a green Cefinn dress. The clothing line was the brainchild of David Cameroon’s wife, Samantha Cameroon. Critics say this was an attempt to please the British Prime minister and be on his good side.

1. She is willing to borrow from the best if it serves her 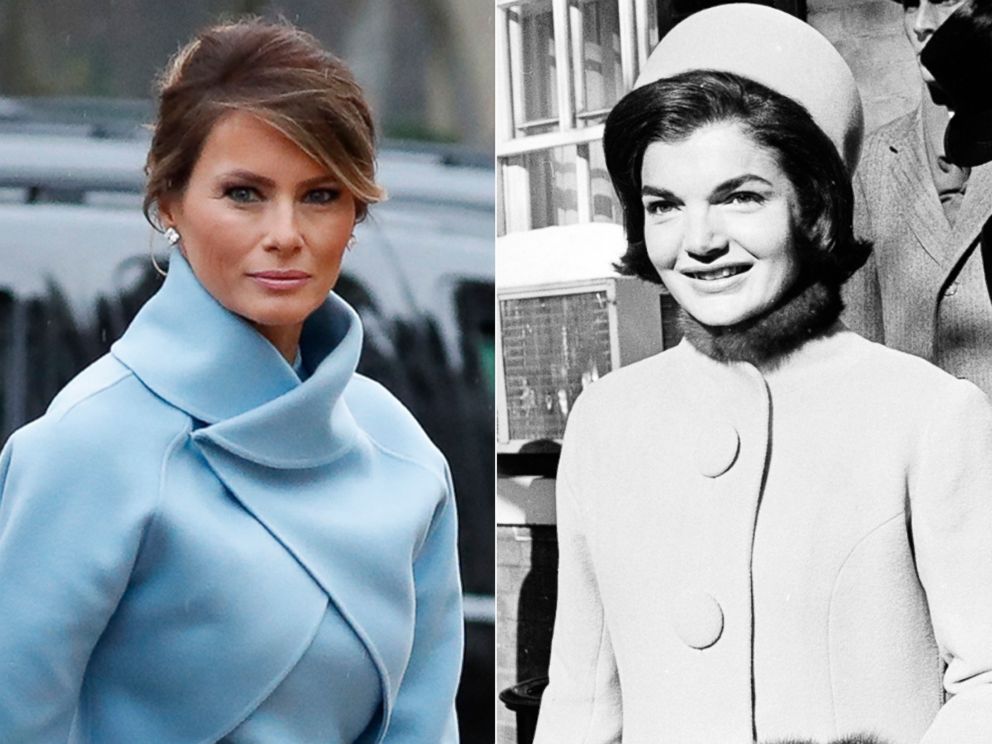 One of the outfits Melania wore on inauguration day was a sky blue Ralph Lauren dress. While the outfit was somewhat plain, it was all done on purpose. It was the same dress Jackie Kennedy wore on her husband’s inauguration. It seems Melania was trying to win people over by emulating one of the most beloved first ladies in US history.