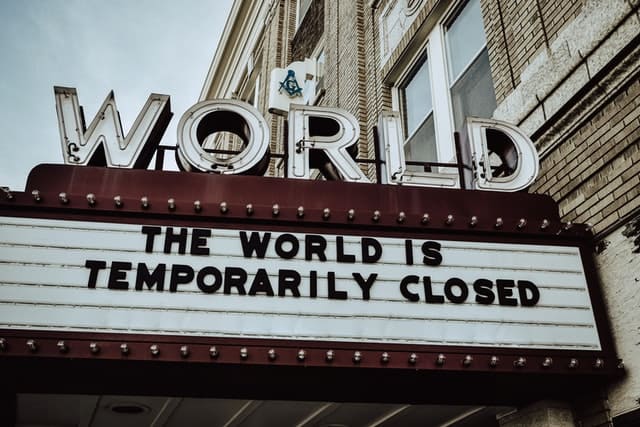 When ebola struck, it didn't become a great deal throughout the world. People were afraid, yes, but it did not stop the whole world from functioning.

It's because when someone got infected by it, he couldn't move and therefore couldn't infect others. Someone with Covid-19 though would have had absolutely no idea that he is the carrier of a life-threatening disease.

This made the disease a widespread phenomenon, a pandemic.

Governments of the world responded well though. Citizens too, for the most part, were responsible. I mean they were if you remove the brawls for toilet paper.

Did it help though? I would say not much because we ended up losing over 2.3 million people throughout the world owing to covid-19.

Were we not prepared enough to deal with it and if we weren't why did that happen? Why didn't we learn anything from centuries of our history which were plagued by you know ‘Plague’?

There's a simple reason, these pandemics were all different. The ways they spread were different, the way people were affected was different and the preventions and treatments are all different.

Considering this to be the bottom-line, if there's a pandemic in the future that is different from what we have seen till then, it can very well be the final showdown.

I say this because we don't know what it's going to be. We were lucky this time that we got a vaccine but that is not going to happen every time.

We have to be smarter if want to prevent the apocalyptic future some movies show.

If we want to live full lives, we must first realize that nature, the environment is not our bitch and if we keep messing with it, the repercussions would be severe.

Coming back to the pandemics, we need a much more robust healthcare system. Citizens must be trained in primary healthcare at least. Pandemic fighters like firefighters to deal with the disease at the initiation. But most importantly, we need the entire world on the same side. We cannot fight viruses while we are fighting the Chinese. Greater and better collaboration between countries of the world is the key here because United we stand and divided we lose against those who eat bats.