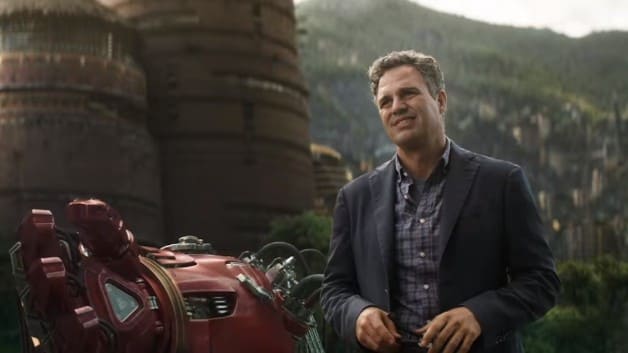 From streaming the first 15 minutes of the Thor: Ragnarok premiere to basically spoiling the ending of Infinity War months in advance, one thing we all know about Mark Ruffalo that he'll inevitably spoil any film he’s in.

This all started when Mark Ruffalo revealed the official title (just a prank) for Avengers 4 on Jimmy Fallon's Tonight Show.

.@JimmyFallon, I trust that you will cut my spoiler slip on the show tonight. That was “off the record” homey. Please don’t get me in trouble with Marvel (Barry) again. DM me back. M

Jimmy Fallon replied almost 2 hours later that the episode has already been sent for airing and there's nothing he can do.

Dude, it’s too late - already sent the final show to Burbank for air. Are you sure you’re gonna be in trouble? We could maybe bleep it out. What is “DM”? https://t.co/GMds1hGO8X

Later Russo Brothers took to Twitter and decided to fire Mark for spoiling the title of Avengers 4.

Now, this was a week ago and was taken lightly by most who read it. But Mark decided to take this a bit further after the Russo Brothers dropped a potential spoiler themselves to signify the end of reshoots for the film.

This 👀... and you fired me for a measly slip of the title?

The directors replied to his tweet again saying: "You're still fired, Mark," with Ruffalo replying: "I don't know what to say."

I don’t know what to say. https://t.co/liC5EEvEWT