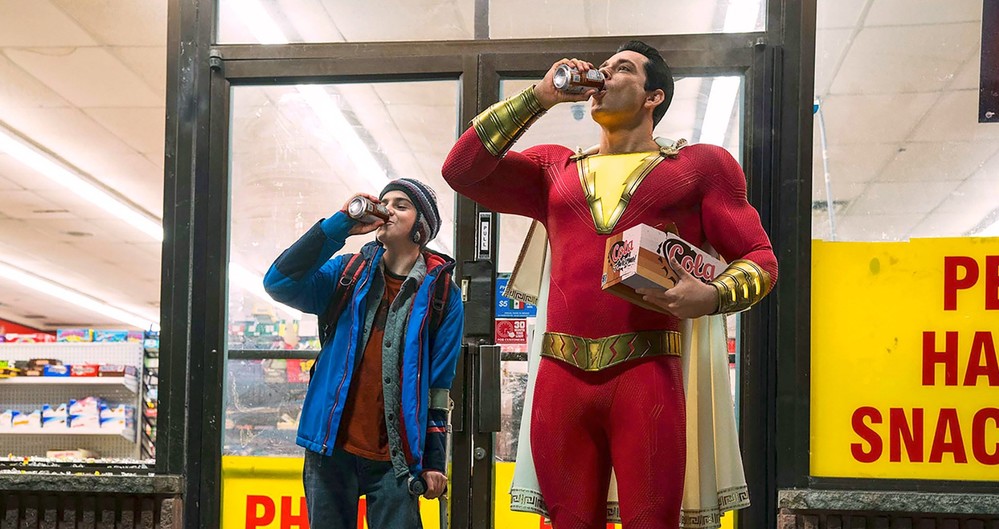 Shazam! is an upcoming American superhero film based on the DC Comics character of the same name. It is intended to be the seventh installment in the DC Extended Universe (DCEU). The film is directed by David F. Sandberg, from a screenplay by Henry Gayden and Darren Lemke. The film stars Zachary Levi and Asher Angel as Billy Batson / Shazam, a teenage boy (Angel) who can transform via the magic word "Shazam" into an adult superhero (Levi), with Mark Strong, Grace Fulton, Jack Dylan Grazer, Ian Chen, Jovan Armand, Faithe Herman, and Djimon Hounsou as supporting characters. It will be the first film version of the character since the 1941 serial Adventures of Captain Marvel (the character's original name) and will be the first full-length feature film centered around the character.

Here's the known cast for 'Shazam!':

Lotta Losten and Ross Butler have been cast in undisclosed roles. By September 2014, Dwayne Johnson was set to portray Black Adam in the film, but by July 2017 he had left the project to pursue a Black Adam solo film.

A 14-year-old boy named William "Billy" Batson is granted the powers of six ancient heroes by a dying wizard, which he activates by saying the wizard's name, "Shazam". Upon doing so, he is transformed by magic into an adult superhero. Each of the ancient heroes' initials are represented by the letters in the wizard's name: the wisdom of Solomon, the strength of Hercules, the stamina of Atlas, the power of Zeus, the courage of Achilles, and the speed of Mercury.

While Billy at first revels in the joy of being a hero – albeit one who still has a teenager's mind – he is forced into serious action in order to battle the evil Dr. Thaddeus Sivana. On Billy's side is his foster brother and best friend Freddy, a superhero enthusiast who helps both train Billy and keep Billy's superhero alter ego a secret.

Shazam! is scheduled to be released by Warner Bros. Pictures and New Line Cinema in 2D, 3D and IMAX 3D on April 5, 2019.