Though the female characters in the MCU do not number a great deal, they have already made big impressions. That's something that Marvel has to or will improve in the future. For instance, Marvel’s first female-led movie, Captain Marvel, will be released in 2018.

The place for female characters in the MCU has evolved over its 10-year history.  Let’s take a look at some of the awesome female MCU characters, and celebrate their best moments.

"The world has changed, and none of us can go back. All we can do is our best, and sometimes the best that we can do is to start over." — Peggy Carter, Captain America: The Winter Soldier 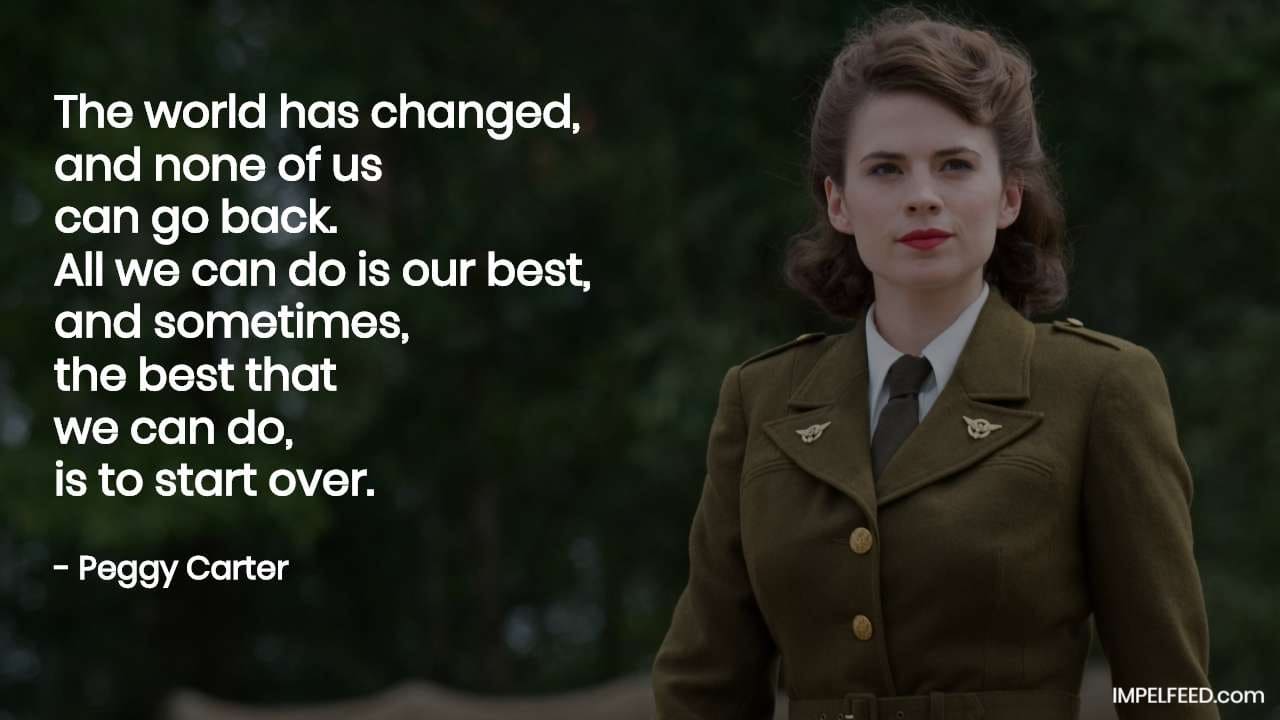 "The truth is a matter of circumstances; it's not all things to all people all the time. And neither am I." — Natasha Romanoff, Captain America: The Winter Soldier 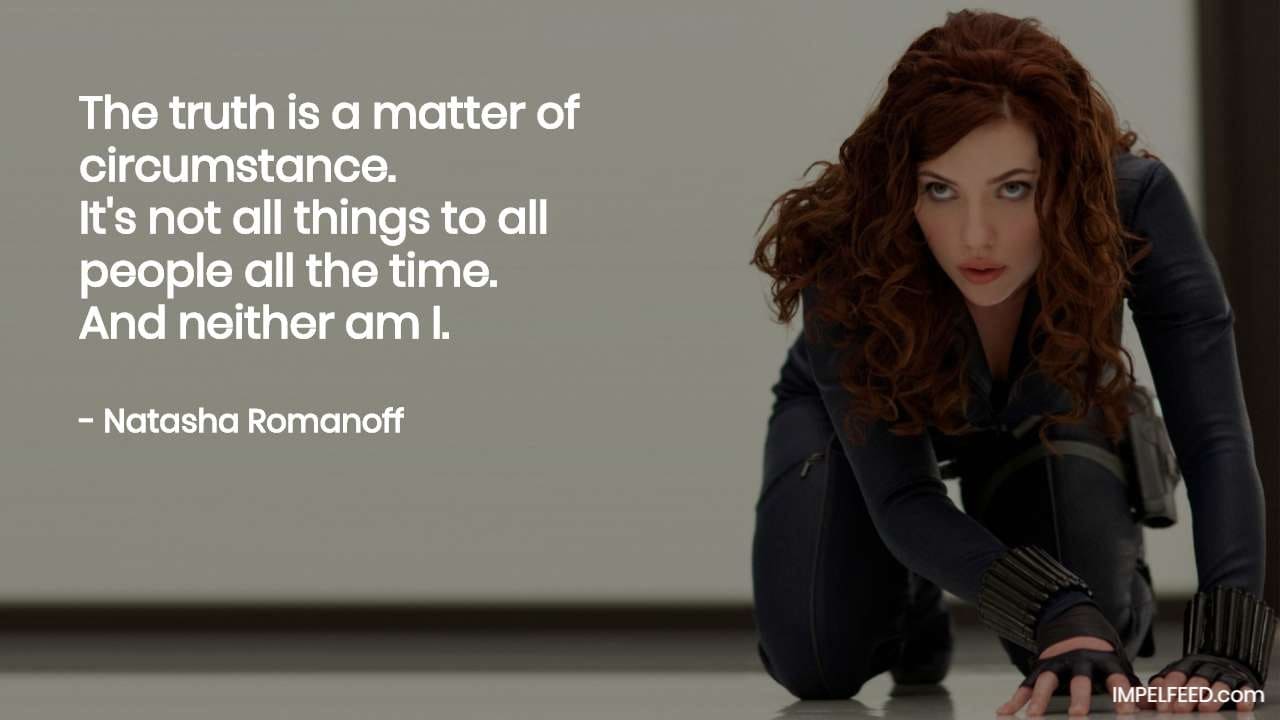 "Compromise where you can. Where you can't, don't. Even if everyone is telling you that something wrong is something right. Even if the whole world is telling you to move, it is your duty to plant yourself like a tree, look them in the eye, and say, 'No, *you* move'." — Sharon Carter, Captain America: Civil War 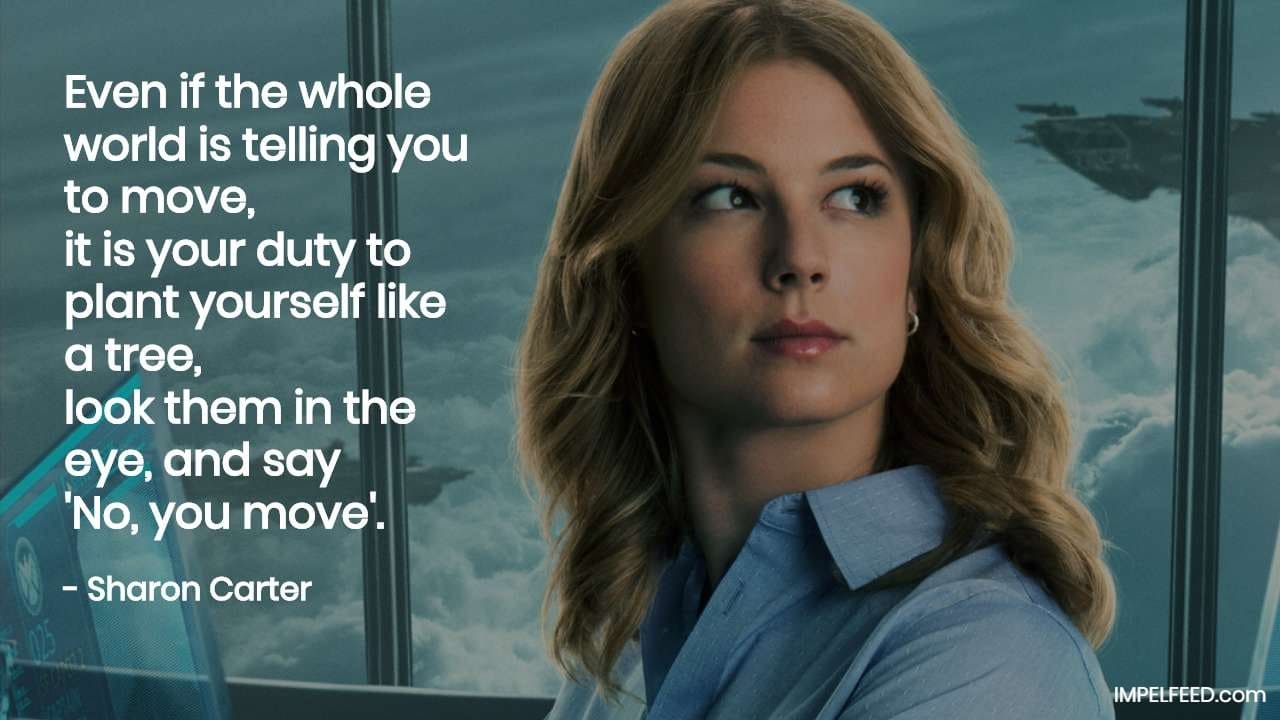 "Everybody’s afraid of something." — Wanda Maximoff, Avengers: Age of Ultron 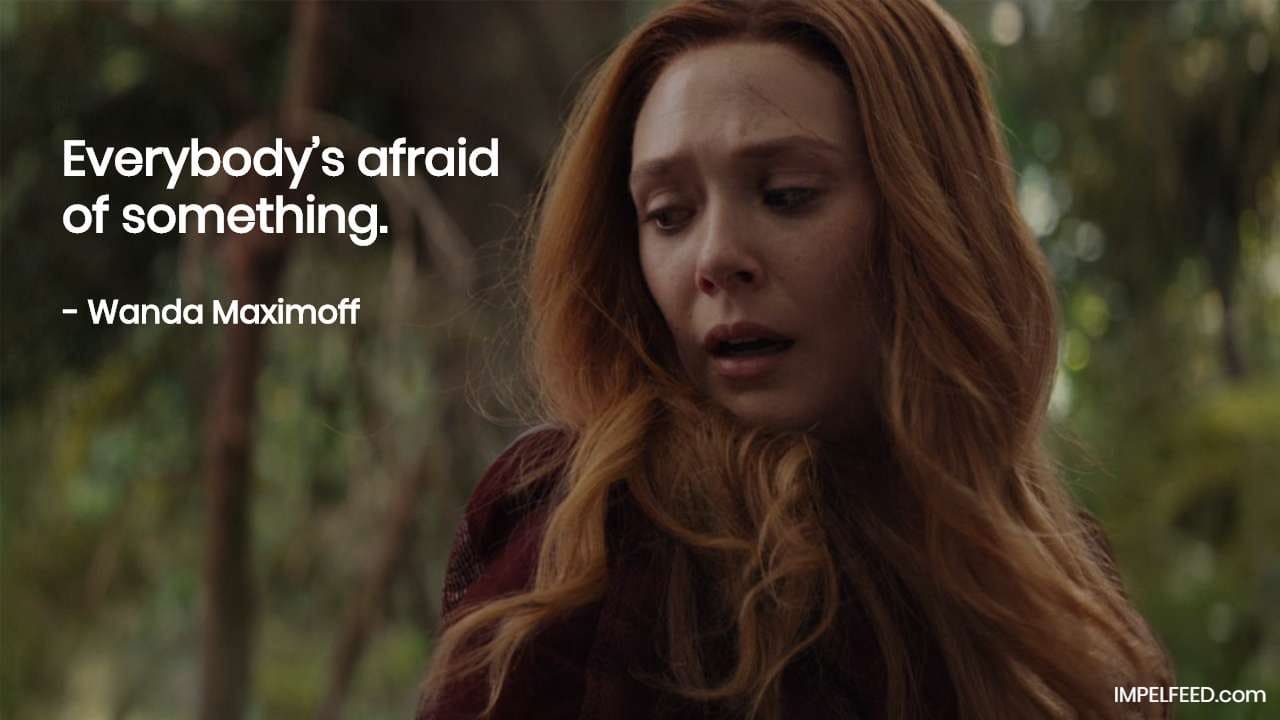 "The point of these things is to remind us that... There is no going back, there's only moving forward. You feel different because you *are* different." — Melinda May, Agents of S.H.I.E.L.D. - FZZT 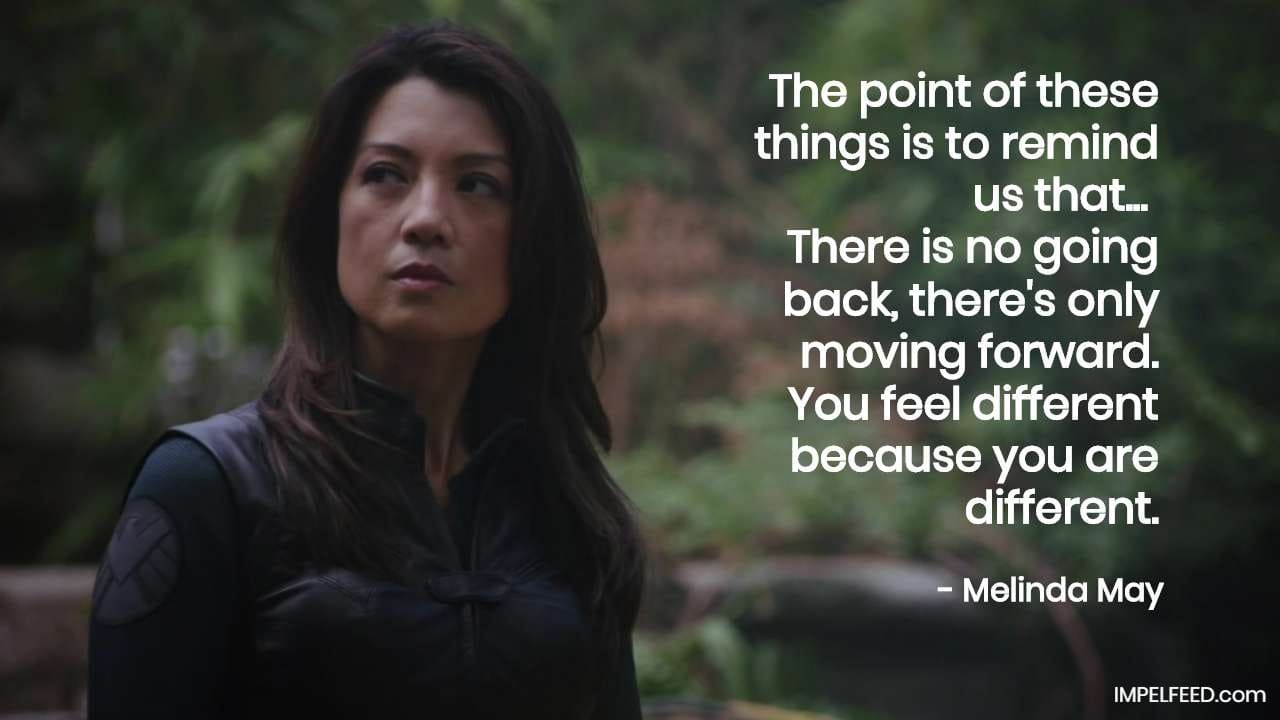 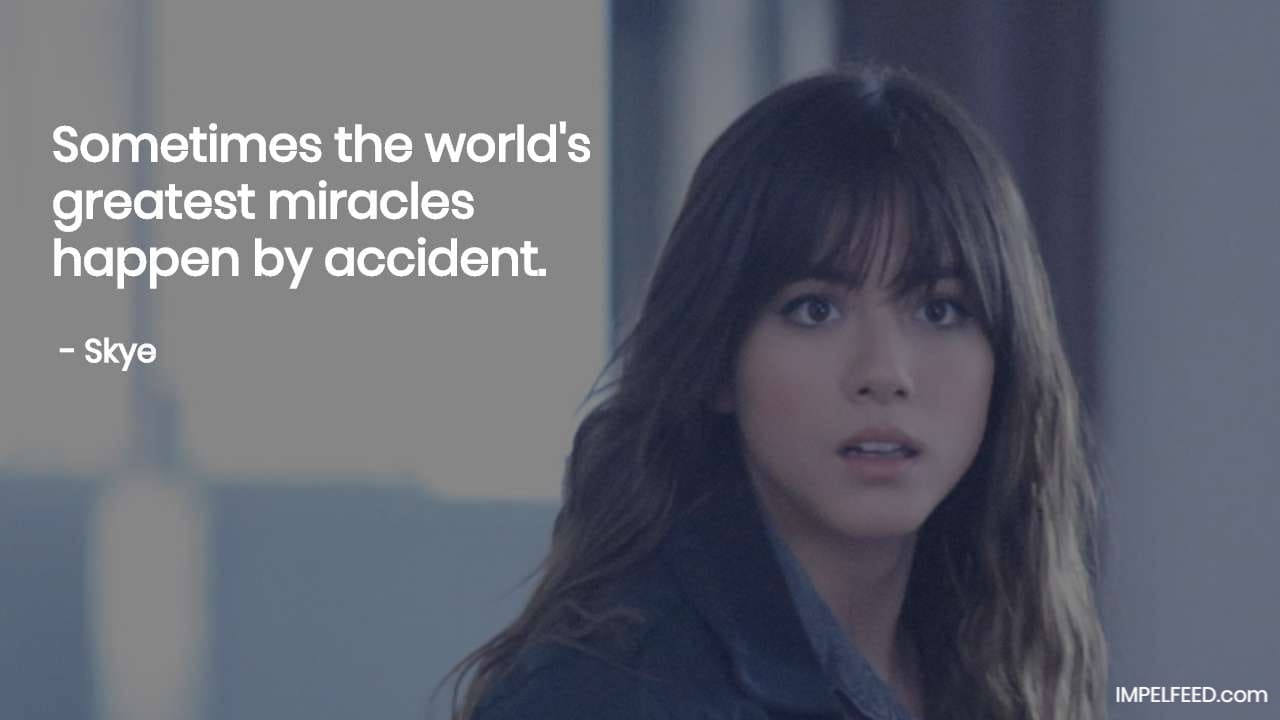 "There's nothing worse, feeling choices are made for us. There's nothing you can do, but swim in shit and hope you don't get too much in your mouth." — Karen Page, Daredevil - Nelson v. Murdock 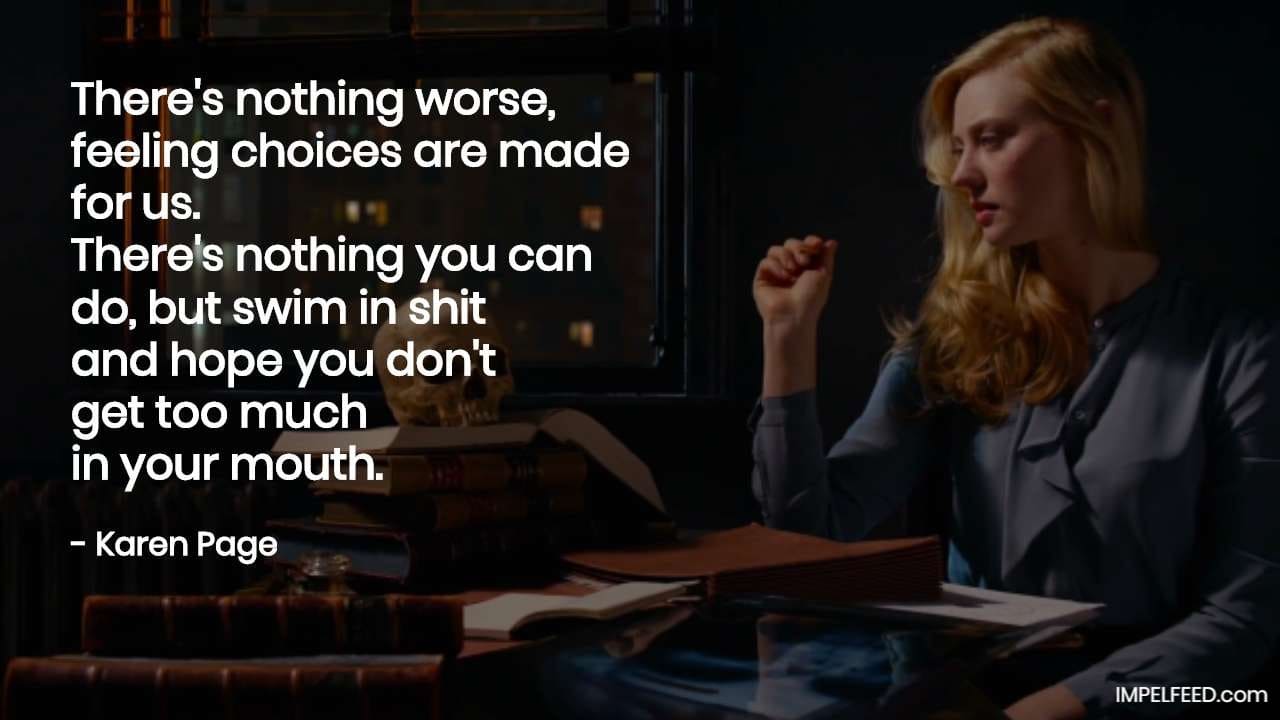 "They say everyone's born a hero. But if you let it, life will push you over the line until you're the villain. Problem is, you don't always know that you've crossed that line." — Jessica Jones, Jessica Jones - AKA Smile 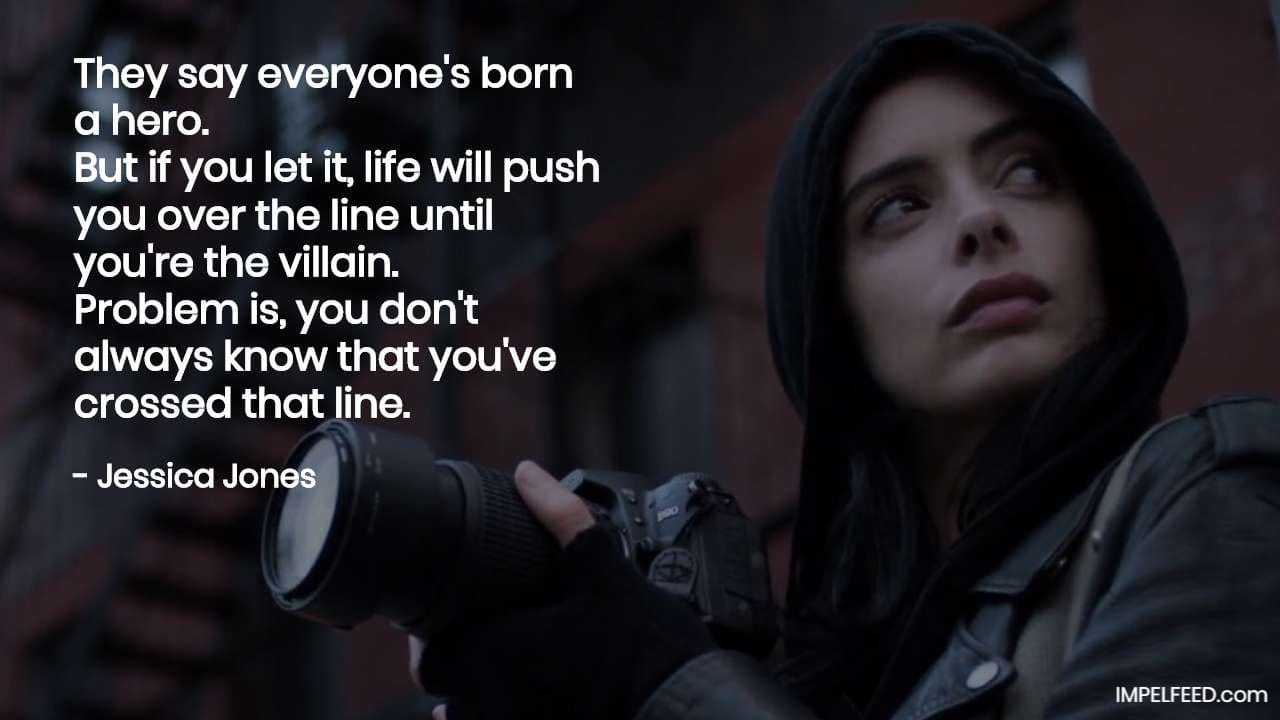 "We never lose our demons, Mordo. We only learn to live above them." — The Ancient One, Doctor Strange

"I am every inch the warrior you are. The screams of my victims fill every field." — Nebula, Guardians of the Galaxy 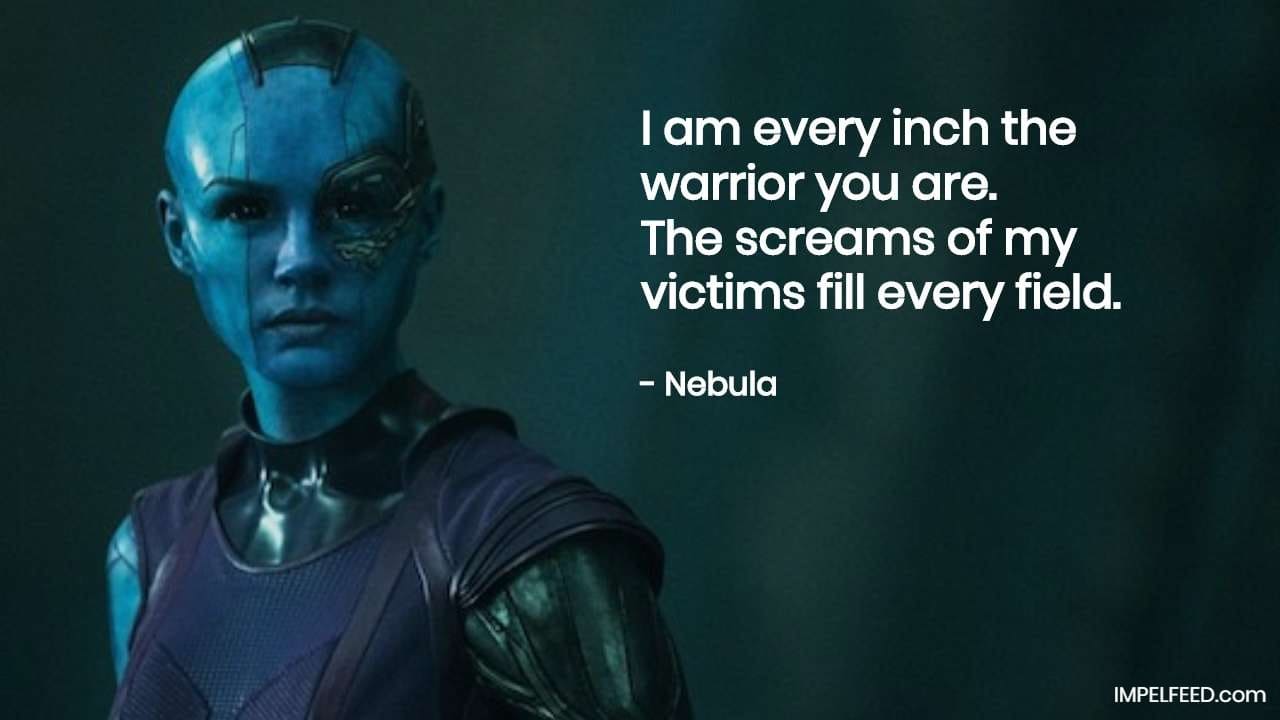 "Hey, fellas. Either one of you know where the Smithsonian is? I'm here to pick up a fossil." — Natasha Romanoff, Captain America: The Winter Soldier 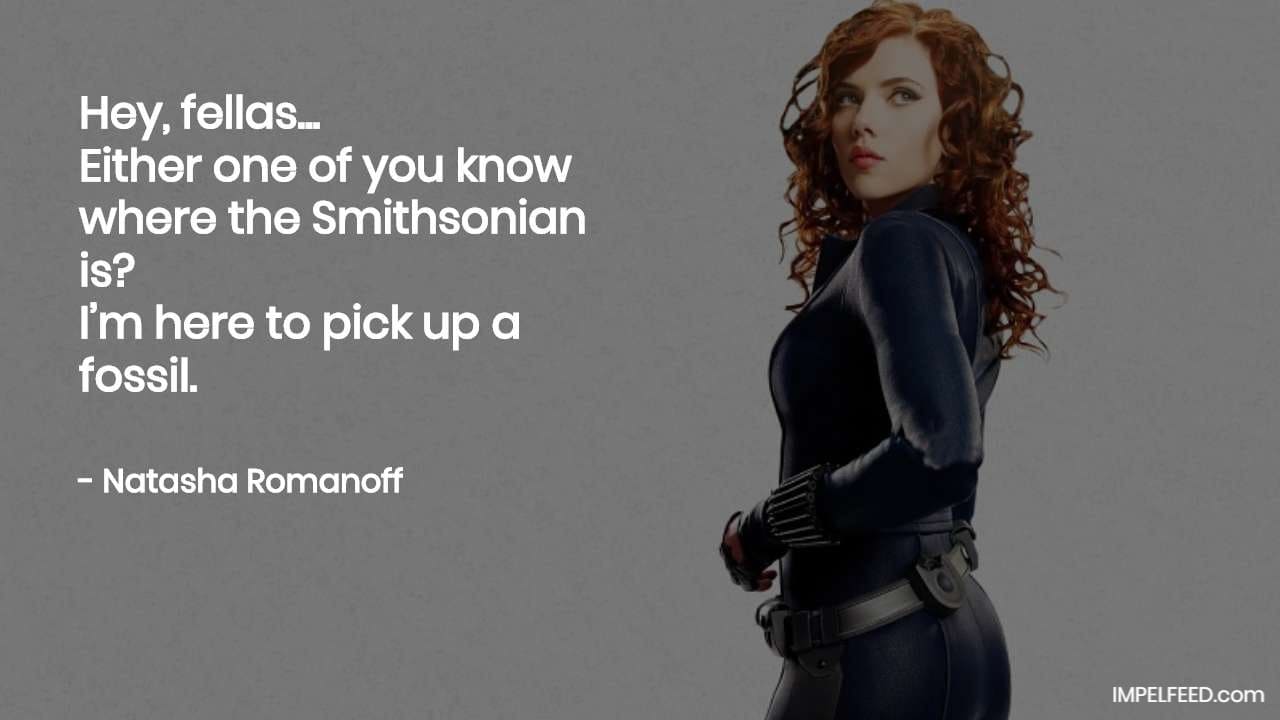