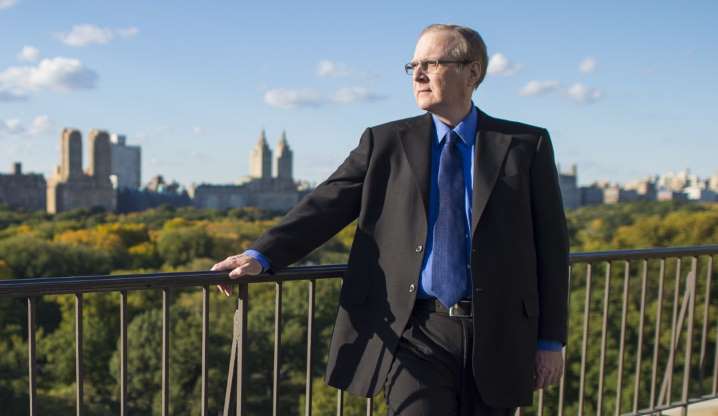 Founder of Vulcan Inc. and Co-Founder of Microsoft, Paul Allen, died from complications of non-Hodgkin's lymphoma at the age of 65.

Vulcan Inc. announced that he died in Seattle at 65 years old.

It is with deep sadness that we announce the death of @PaulGAllen, our founder and noted technologist, philanthropist, community builder, conservationist, musician and supporter of the arts. All of us who worked with Paul feel an inexpressible loss today. https://t.co/OMLZ7ivvSDpic.twitter.com/Bfa8kK6Q8e

Allen was diagnosed with Hodgkin's lymphoma in 1982 and left his work at the company while recovering. He formally left Microsoft in the early 1980s, but he retained his share of ownership and became a billionaire when the company went public in 1986.

When the company was founded, in 1975, the machines were known as microcomputers, to distinguish the desktop computers from the hulking machines of the day. Mr. Allen came up with the name Micro-Soft, an apt one for a company that made software for small computers. The term personal computer would become commonplace later.

Paul was among the world's wealthiest individuals. He ranked 44th on Forbes' 2018 list of billionaires with an estimated net worth of more than $20 billion.

Allen never married and had no children.

"While most knew Paul Allen as a technologist and philanthropist, for us he was a much-loved brother and uncle, and an exceptional friend. Paul's family and friends were blessed to experience his wit, warmth, his generosity, and deep concern," said Paul's sister, Jody.