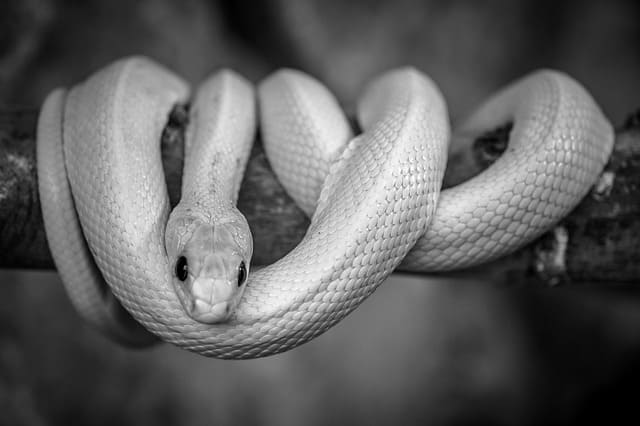 One day, King Solomon was out hunting when he noticed two snakes engaged in a fight.

The larger snake was white and shining. The other was smaller and black with long, poisonous fangs.

Just as the black snake was about to give its opponent a fatal bite, the king grabbed up a stone and killed it. Safe at last, the white snake went off into the trees.

Sometime later, the king was confronted by a giant who appeared out of the forest. Solomon was very frightened, but the giant reassured him. He told him that he was the white snake that Solomon had helped earlier and he explained that the black snake was an enemy who had been trying to poison him.

In the course of their battle, both had changed into snakes. 'To show my thanks for your help,' the giant went on, “I would like to offer you a gift. Would you prefer a gift of gold or a gift of healing?'

'I'm already rich enough,' replied the king and the other gift would be more suitable for a doctor.'

'Well, what do you want?' asked the giant. 'Wisdom,' replied the king.

'You shall have it in abundance,' promised the giant. And that was how King Solomon became the wisest man in the world.