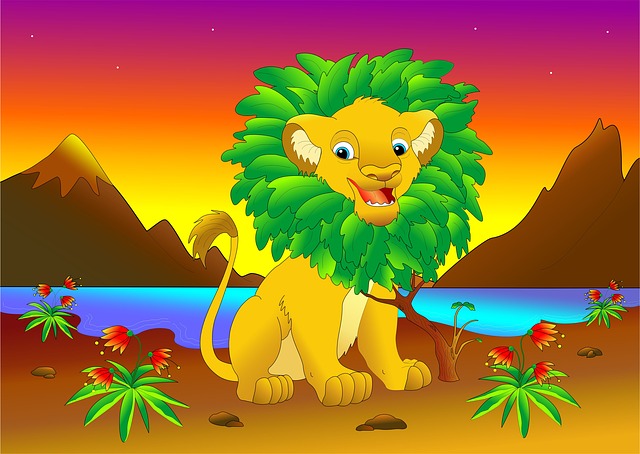 Far away from a kingdom, there was a huge jungle. In that jungle, there were thousands of trees. Among them two were very good friends. They stood side by side. The same jungle was the home of many lions. Those lions used to kill other animals living in that jungle and eat them. The carcasses of the dead animals used to stink and a foul smell would hang in the air. The whole atmosphere was bad to live in.

One day, the two trees, who were friends, were talking. The first tree said, “These lions are polluting our jungle. We have to save our jungle from them. They must be driven out of this jungle."

“Yes," agreed the other tree.

A wise old tree, who was listening to the friends said, “They might be polluting the air. But these wild creatures are keeping us safe from woodcutters. No woodcutter will dare to come into the forest which has lions."

But, this advice did not go into the minds of the trees. The two friends decided to frighten the animals away. That evening, the two trees started shaking violently. “We will frighten the lions away. They will be so terrified that they will leave this jungle and never come back into this jungle," said the two friends and laughed aloud.

The whole forest echoed with their laughter. “Do not do that," shouted the wise tree.

But the two friends did not listen. They began moving in the wind and making eerie noises. All the other wild animals in the forest were scared, seeing the two trees and the sounds they were creating. “There is something happening in the forest. Let us run away," they said. All the animals fled the jungle.

The two friends were happy. “Huh! Now we can enjoy some fresh air," they said.

But their joy was short-lived. One day a woodcutter came to the forest and started felling the trees. “Now there is no fear of the ferocious lions," he muttered to himself. Soon there were other woodcutters. Seeing this, the wise tree said, “Now all of us will be doomed." The two friends cried out, “How foolish we have been. We should have listened to this wise tree."

A little later the two tree friends were brought down by the wood cutter’s ax. The Trees and The Lions are musts.

Day by day, more and more trees were destroyed by many woodcutters.